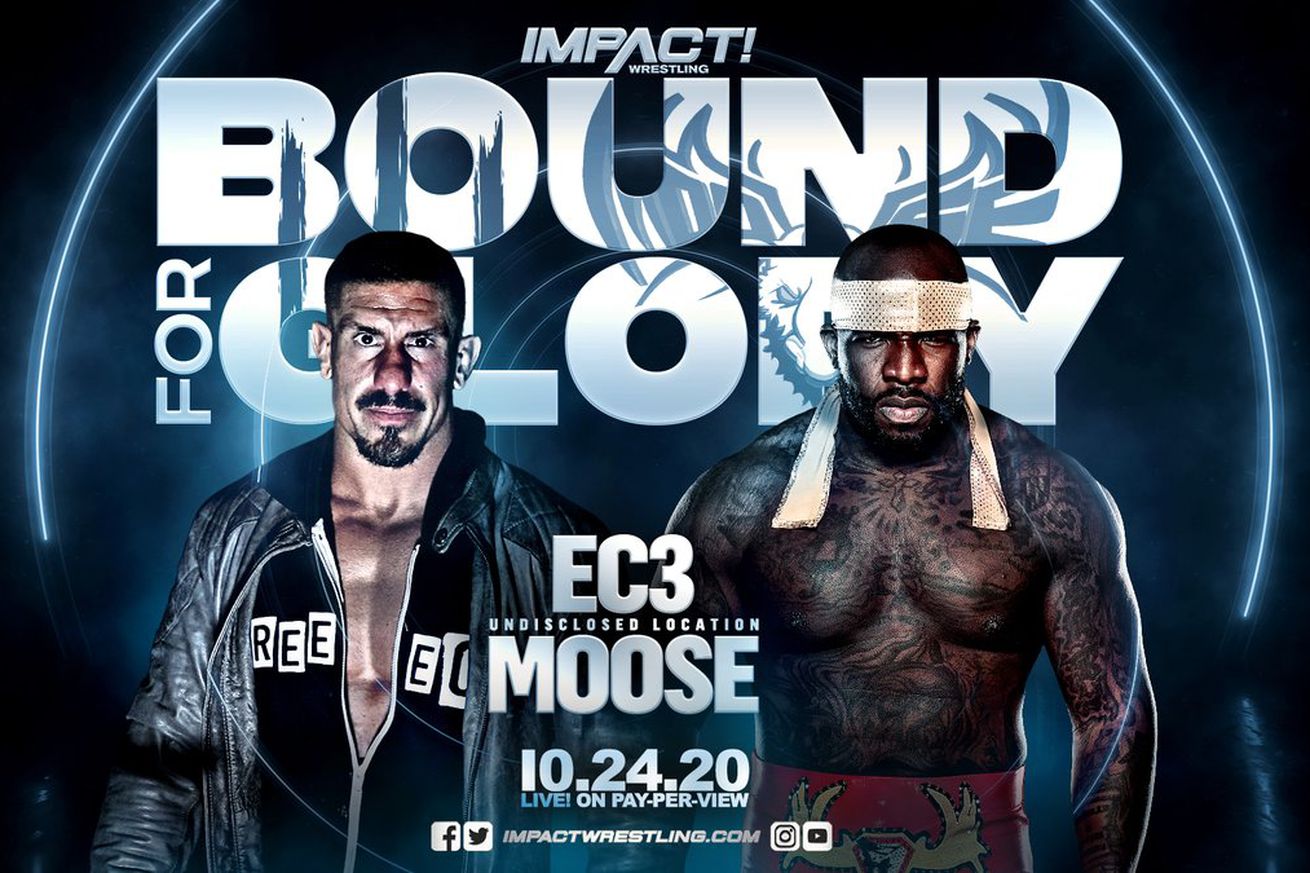 EC3 returned to Impact at Slammiversary to control his narrative. He wanted to destroy the TNA Heavyweight Championship, proudly worn as a fake title by Moose, in an effort be free of the past. EC3 closed that door by stealing Moose’s pride and joy to dump it in a river. Now, it is time to settle up with fisticuffs.

Impact announced that EC3 and Moose will duke it out at an undisclosed location as part of the Bound for Glory PPV on October 24.

BREAKING: @therealec3 will face @TheMooseNation in an Undisclosed Location on October 24th at Bound For Glory LIVE on PPV! #BFG2020

EC3 has made a handful of trips to get physical with Moose, mostly in the form of cowardly attacks from the back. Bound for Glory will be his first time in an official contest since returning. I’d like to call it a wrestling match, but who knows what is in store for this likely to be cinematic encounter. EC3 might rely on mental games to throw Moose out of whack before they make contact.

The Bound for Glory card to date includes:

To get hyped for the PPV, Impact put together a Bound for Glory playlist.

We’ve put together a special Best of Bound For Glory playlist featuring full matches, documentaries, full shows and more to prepare you for October 24th LIVE on PPV! #BFG2020

Are you happy that EC3 versus Moose may take the cinematic route? Or would you prefer them in a standard wrestling match? Do you think this fight will be the end for EC3 as he travels to ROH or only the beginning of his Impact comeback?