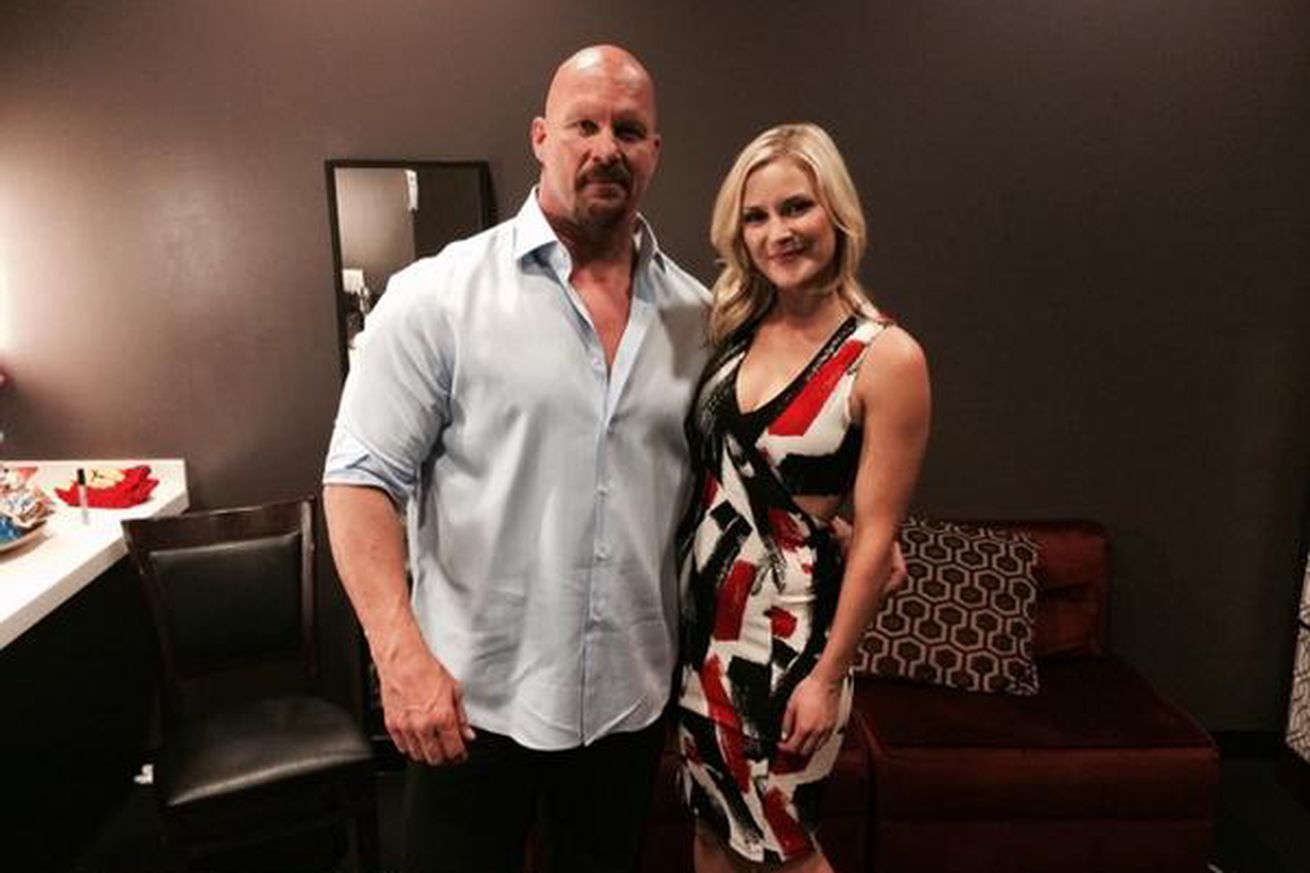 We were already pretty excited about the return of Renee Young (who is now going by her real last name Paquette, but it’s gonna take us a while to think of her as anything other than Young) for Fox’s pre-season premiere SmackDown kickoff show.

But the network is loading up the Renee and Booker T hosted half-hour, bringing in not only the one and only Stone Cold Steve Austin, but also NFL All-Pro & pro graps superfan George Kittle of the San Francisco 49ers and Boston Red Sox legend & MLB analyst David Ortiz, too!

Should be exciting! And maybe the Texas Rattlesnake will stick around for the actual wrestling portion of the evening? We also wouldn’t mind seeing Kittle interact with big Niners fans Roman Reigns & Jey Uso…

Are you ready for some SmackDown?