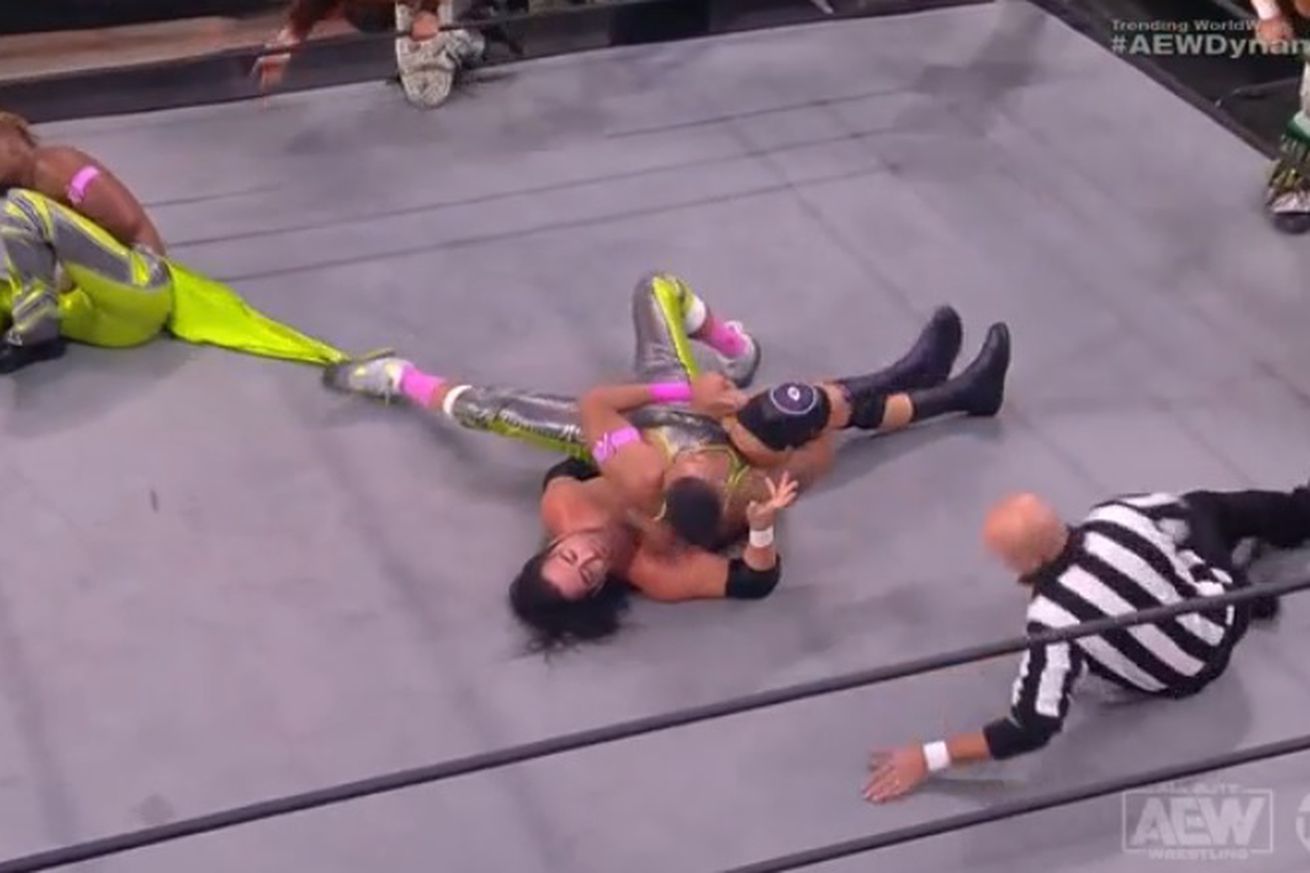 “Private Party does the combo big splash / leg drop on Alex Reynolds, and Alex Reynolds was knocked out. Completely unconscious, stiff as a board. And nobody in the match noticed! I think it was Blade, pulled him into the corner to get a tag. And everybody else is breaking up spots, and they’re doing spots. And the referee is counting, and everyone is hitting their moves. And this dude is laying there in the corner, stiff as a board, for like, at least a full minute. So, finally, he kind of wakes up a little bit, and he tries to do his spots. I think it was probably Nick Jackson, he went for like a bulldog, like it was clear that this guy was not all there. And that apparently was when Doc Sampson realized, dude this guy is rocked. And they yanked him out of the ring, and that was the end of him in the match.

Afterwards, Cody came out and a bunch of people came out. This was after the show went off the air. And they were checking on him. He left walking. He left on his own. And the word from after the show was that he was feeling great afterwards, whatever that means. I don’t know how you feel great after that. When you see it, it’s like inconceivable. But if you actually watch everybody else in the match, nobody notices!

It is scary when you go back and watch it. I mean, his hands are sticking straight up in the air during the cover ‘cause he’s just stiff as a board. It was bad.”

Here is a slow motion view of the move that knocked Reynolds out:

Looks like Alex Reynolds took a shot to the face from Isiah Kassidy’s thigh. The lights definitely went out for a minute or so. #AEWDynamite pic.twitter.com/Io8Ss2gPal

This was followed by a pin attempt on Reynolds, with his arm and hand sticking straight up in the air:

The Blade dragged Reynolds over to the corner and tagged himself in:

Butcher and Blade hit their spots while Reynolds lays there knocked out:

Lots of bodies are flying around the ring, with Reynolds still knocked out:

The referee takes a hard look over at Reynolds:

Reynolds stumbles to his feet and takes an awkward bulldog from Nick Jackson:

The referee nudges Reynolds towards the edge of the apron, where he is finally pulled from the ring:

It’s really alarming to see how this whole thing went down, with Reynolds laying there knocked out while the action continues around him. Reynolds even took a bump after the referee took a closer look at his condition.

Nothing new has come out about the status of Reynolds, so hopefully the word that Alvarez heard about Reynolds feeling okay afterwards is accurate.

Did you notice this scary situation while you were watching Dynamite’s main event?