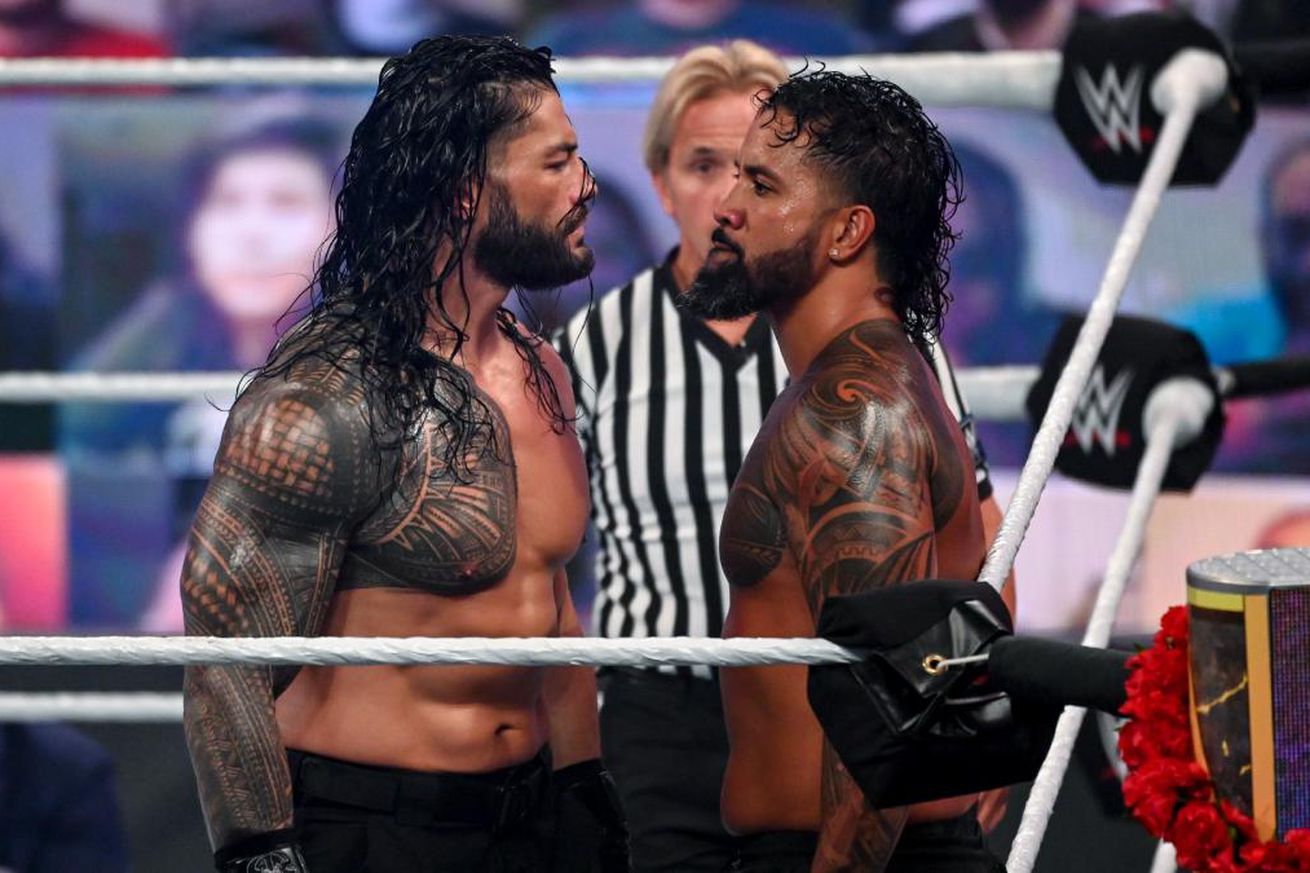 SmackDown is moving to FS1 tomorrow night (Oct. 23) thanks to Game 3 of the World Series.

When the move to FS1 happened last year, WWE loaded up the card with big names like Hulk Hogan, Cain Velasquez, Brock Lesnar, and Ric Flair. This year, WWE has been very quiet about what’s coming our way on SmackDown.

Only two segments have been announced thus far. The first segment is a contract signing between Sasha Banks and Bayley, for their upcoming match on Oct. 25 at Hell in a Cell. These two wrestlers already started the contract signing process on last week’s episode, so this will be more of the same.

The other segment being advertised is all about the Hell in a Cell match stipulation between Roman Reigns and Jey Uso. Roman Reigns originally declared that their “I Quit” match will have the highest stakes in WWE history. Those stakes will be revealed tomorrow night on FS1, per WWE.

Will you be tuning into FS1 to see what consequences await Uso at Hell in a Cell after he loses against the Tribal Chief?