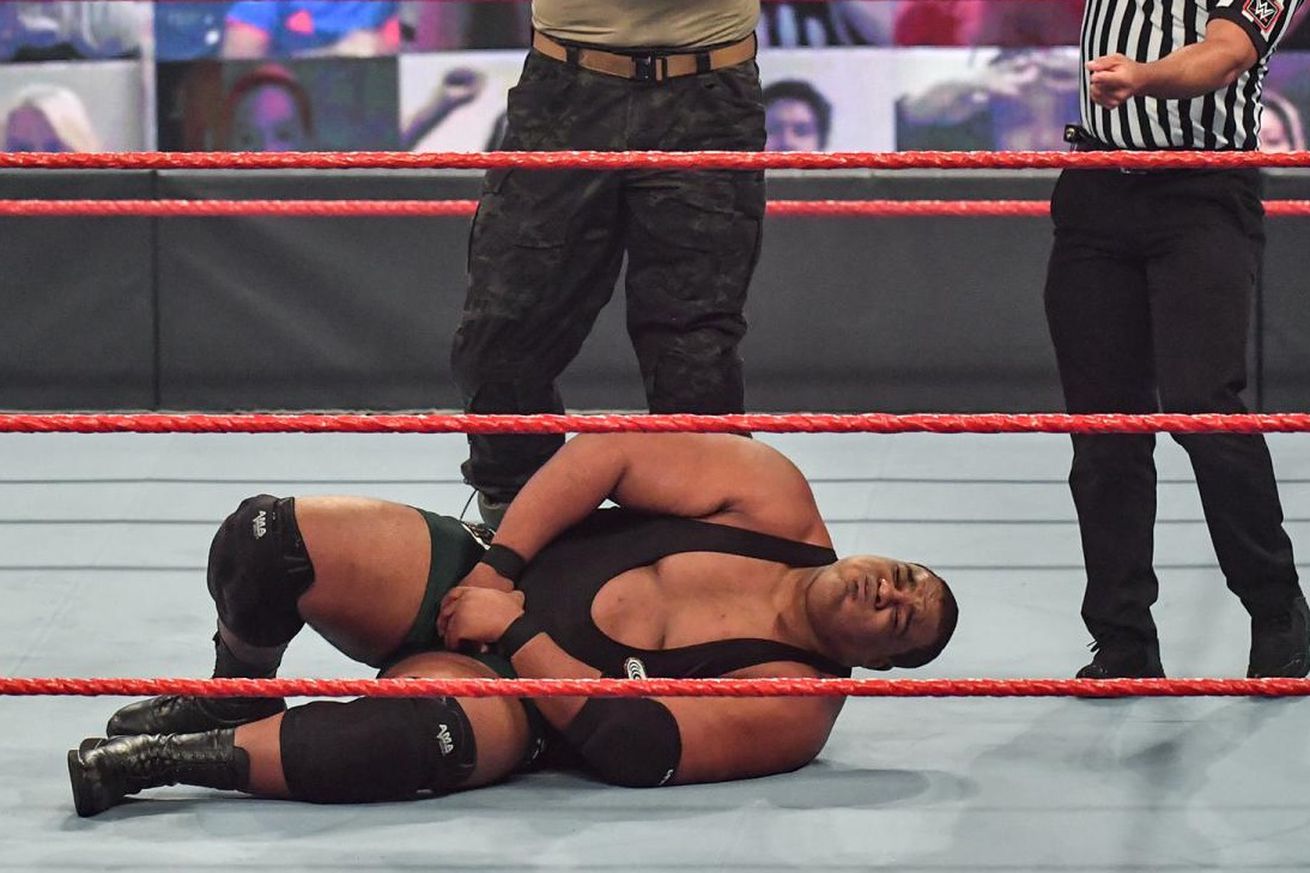 There were three key losses that stood out to me from this week’s (Oct. 19) episode of Raw.

These three match results stood out to me because in theory, these are three of the newest acts on Raw. WWE desperately needs to create new stars, and booking decisions like this make it harder to accomplish that goal.

In the first two cases, I can conjure up some reasons for these booking decisions. In RETRIBUTION’s case, it’s always been difficult to take them seriously. That WWE buried them to this degree was a new low, but it’s not surprising that Slapjack’s group continues to be booked like jabronis. This group was always doomed from day one.

As for Matt Riddle, there are sexual assault allegations surrounding him, and that could be related to WWE pulling back on his push. Furthermore, AJ Styles’ new bodyguard is a very tall man, and Vince McMahon loves very tall men.

Keith Lee is the one that I have no explanation for, and his booking baffles me.

Lee has been on the WWE main roster for two months. It began with his cool entrance music being replaced by some generic filler that screams out he is not a star. Entrances are super important in pro wrestling (see Omega, Kenny), and Lee was immediately put in a disadvantageous position with the entrance music and attire changes.

Things quickly improved for Lee with a clean win over Randy Orton at Payback. However, his booking has been all over the place since then. Here are his full match results on the main roster, according to CageMatch:

Keith Lee has wrestled in 10 matches, and only has three wins to show for it. Half of his matches have ended with either a disqualification, count out, or no winner.

Most recently, Lee was pinned by Braun Strowman this week on Raw, despite commentary hitting the audience over the head with the fact that Strowman had damaged ribs and was not 100%.

In two of these matches that ended with interference, Lee was hit with his opponent’s finishing move (RKO and Claymore, respectively) right before the interference occurred. Considering that Lee was pinned by Strowman after a big boot, it’s a safe bet that Lee would have been pinned after eating an RKO or Claymore, if not for the interference. So even though Lee was not pinned in those matches, he was not protected.

The coolest thing Lee has done so far on Raw involved a post-match brawl on Oct. 12 when he smashed Strowman off the stage and through a table.

But even in the cases where Lee wins, such as his matches against Andrade or Orton, there isn’t much going on in the ring that carries through from his great NXT run. The things that Lee excels at aren’t necessarily what Vince McMahon wants from his big guys, and I can’t help but wonder if that mentality is limiting what Lee is doing in the ring.

Add it all up, and all the screwy finishes, unremarkable matches, and poor entrance music is quickly turning Keith Lee into just another guy on Raw.

That might sound like a strange thing to say about a guy who just main evented Raw and is being matched up against Braun Strowman. I’m sure that WWE thinks they are doing a great job with Keith Lee so far. But from where I’m sitting, I’m seeing yet another babyface who WWE has no clue what to do with.