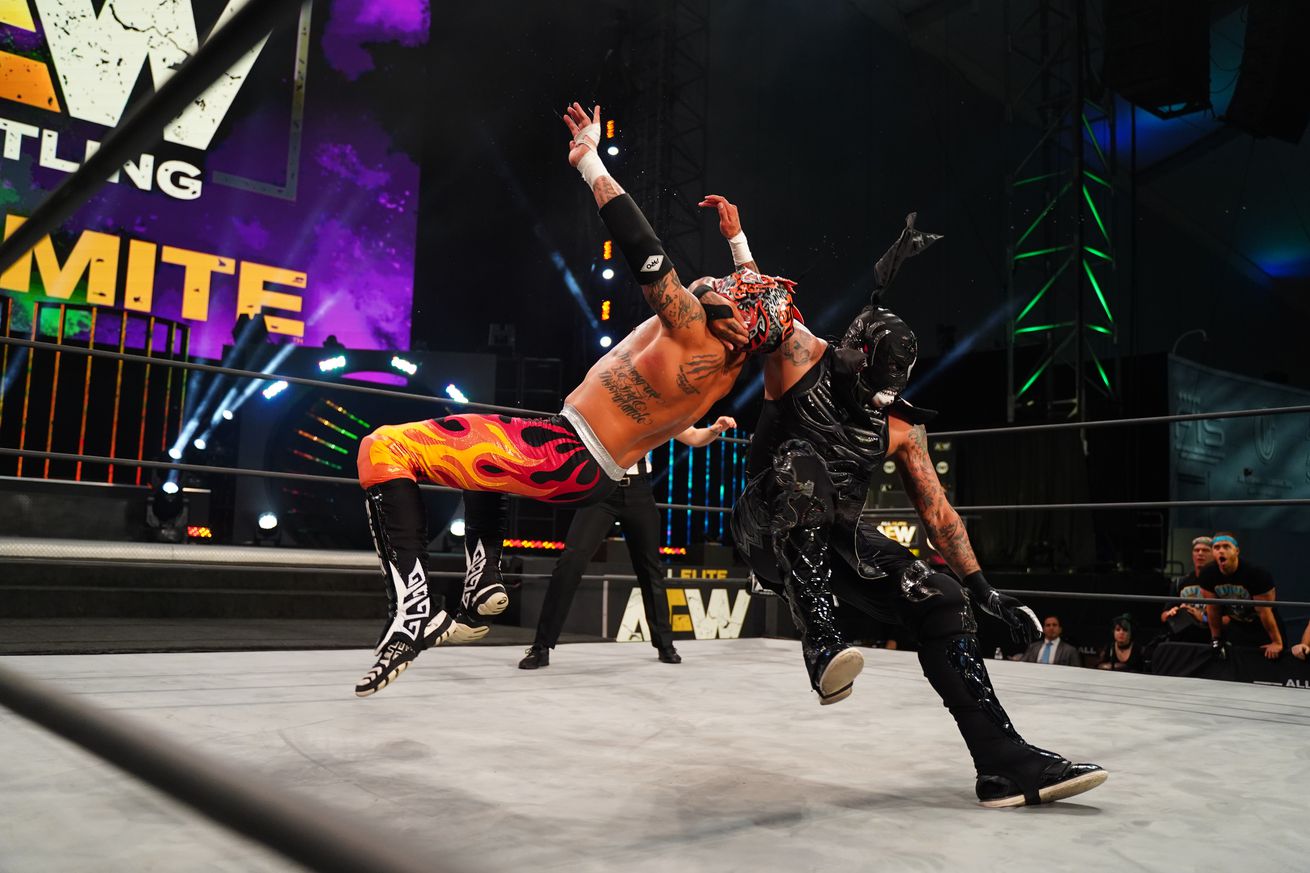 Yesterday, my colleague Cain wrote up a detailed breakdown of the Alex Reynolds situation from the main event of the Oct. 21 Dynamite; the Dark Order member was knocked unconscious in the middle of the 4Way tag match, but remained in the ring as the action continued for about a minute before he was rolled out and checked by the medical team.

Reynolds tweeted today (Oct. 23) to thank fans and update the world on his condition. He also praised the referee and doctor involved:

“Thank you to everyone who reached out to check on me. I really appreciate it.

“Hey guys, just wanted to thank you for all the concerns for my health. It means the world to me. I truly believe the ref and our doctor handled the situation great on Wednesdays show. Injuries happen in wrestling, but I feel completely safe with our team here. Thanks again and I’m looking forward to seeing you soon.”

Our latest Rumor Roundup mentioned another injury from Wednesday’s show – Rey Fenix hurt his neck during his World Title Eliminator match with Penta El Zero M. Spoiler reports started to go around (the Oct. 28 Dynamite was taped yesterday) about Fenix not working his second round match with Kenny Omega. So AEW decided to make it official with a storyline update from Eddie Kingston:

#EddieKingston & #LuchaBros announced that Fenix has vacated his win over his brother @PENTAELZEROM due to injury. Penta has been declared the winner by forfeit & will face @KennyOmegamanX in the World Title Eliminator Tournament semifinals on #AEWDynamite Wed at 8p on @tntdrama pic.twitter.com/KIJApYdyRy

Here’s hoping Reynolds & Fenix make speedy & full recoveries. And while it’s a bummer we won’t get Omega vs. that Lucha Bro, Kenny’s match with the other Lucha Bro should be a banger.