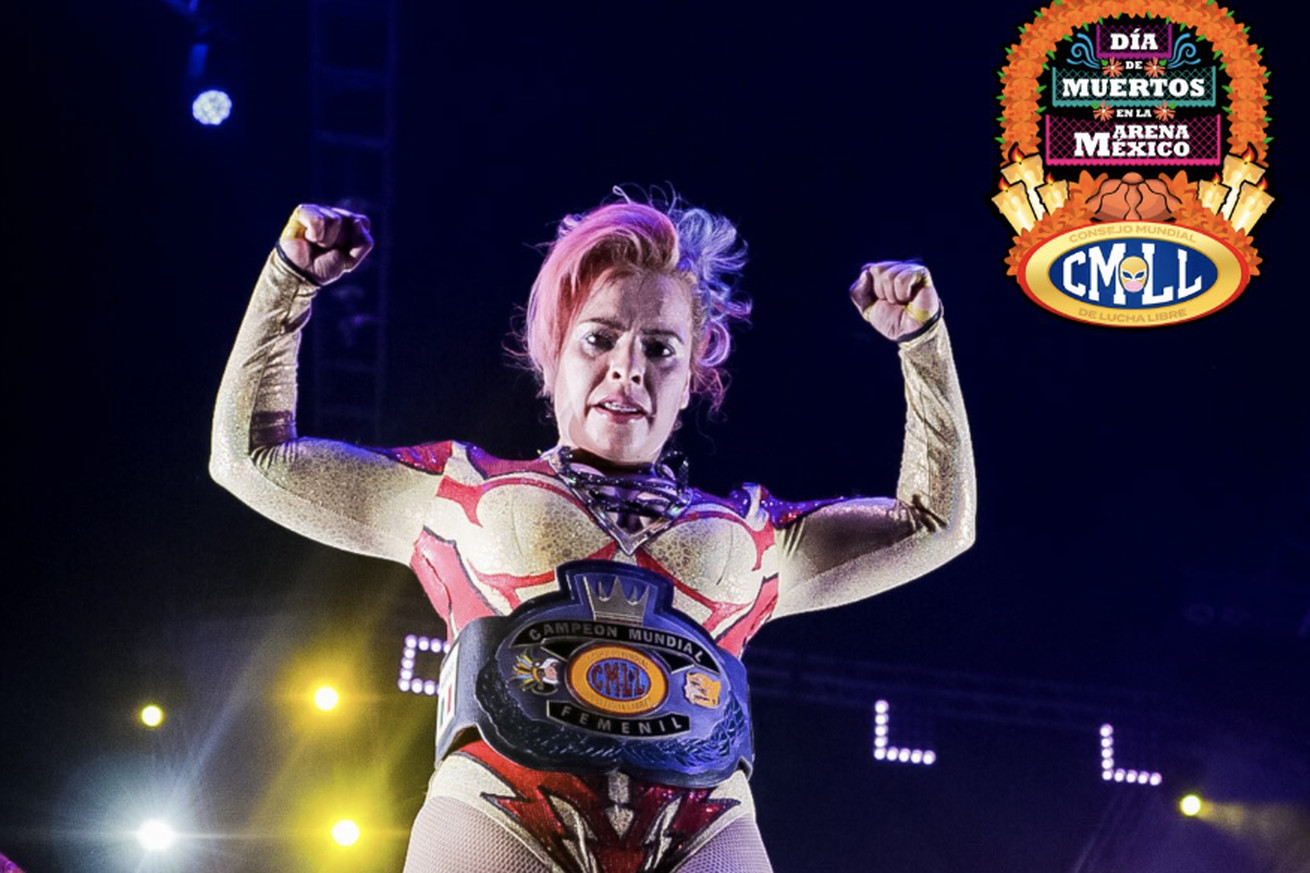 Welcome to the CMLL Roundup. Friday night’s show featured two title matches and a cibernetico tournament to determine the finalists for the Rey del Inframundo title.

Last week saw the crowning of new women’s tag champs. Last night saw an upset to win the CMLL World Women’s Championship. Princesa Sugehit came back from a COVID absence to dethrone Marcela. Sugehit was picked by the fans to challenge at the 87th Anniversary, but that bout had to be rescheduled. Sugehit made the most of her opportunity when finally granted.

Sugehit took the first fall with a rocking submission. Marcela bounced back to win the second fall on a straitjacket submission. Sugehit rose to glory with a Michinoku Driver to win the third fall and take CMLL’s top women’s title.

I was not expecting a title change to occur, since that makes all three women’s belts in new hands during one month’s time. The cynical reaction would be for Sugehit to be fed to Dalys, but time will tell how long Sugehit’s reign lasts. She was voted by fans into the title opportunity for a reason, so perhaps she’ll get a chance to run with it.

One of my favorite things about CMLL is the annual Day of the Dead show with a special King of the Underworld championship defense. CMLL goes all out with Dia de Muertos decorations and imagery to provide a unique vibe. They created a Rey del Inframundo title just for that reason. Sanson was the inaugural winner and has held the belt coming up on two years. Unfortunately, his reign will come to an end due to a positive COVID test putting him out of action for the October 30 show.

CMLL pivoted by having a ten-man torneo cibernetico to determine the two luchadores to square off to become the Rey del Inframundo next week. The nitty-gritty came down to Euphoria & Diamante Azul against Terrible & Templario. Terrible took out Diamante Azul with a creative cradle pin/submission. Euphoria disposed of Templario with La Soberana stretch. Euphoria and Terrible will duke it out next Friday to determine who is the new King of the Underworld.

In last night’s main event, Caristico and Mistico retained the world tag titles against Volador Jr. and Titan, but the bigger story was Volador busting his nose on an awkward super hurricanrana.

The deciding third fall went to a quick close after Volador’s nasal accident. Caristico submitted Volador with an armbreaker, and Mistico finished Titan with a double underhook facebreaker.