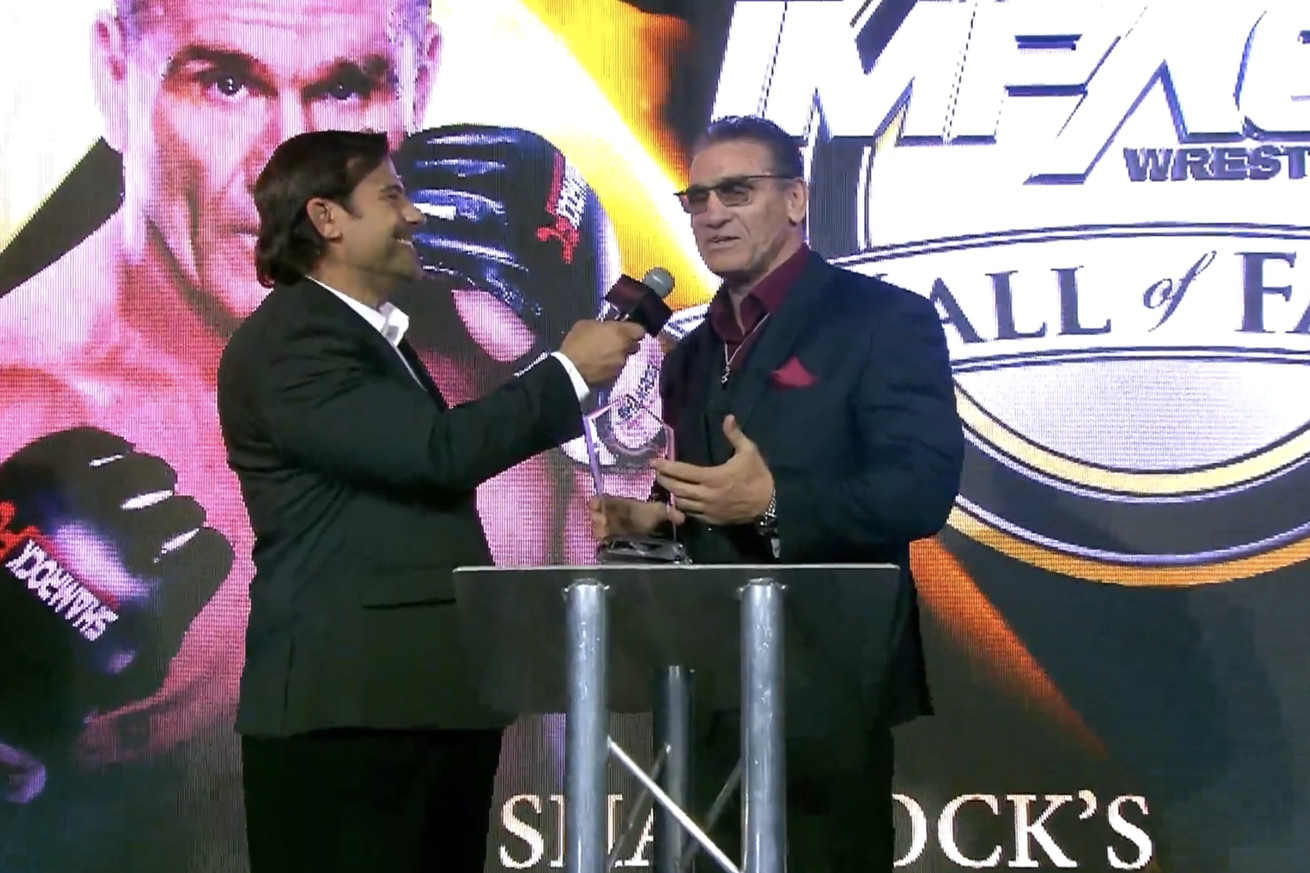 Ken Shamrock is now a member of two separate Hall of Fames, UFC and Impact Wrestling. During Impact’s Bound for Glory pre-show, he was celebrated with the honor. Shamrock’s highest achievement with TNA/Impact was becoming their first champ in 2002, when they were using the NWA World Heavyweight Championship.

[email protected] is here to honor The World’s Most Dangerous Man @ShamrockKen.#BFG2020 pic.twitter.com/8NjzmFQpMu

The Rock credited Shamrock as being one of the most meaningful and defining opponents in his career. In order to be the best bad guy, The Rock needed the best badass good guy who could boost The Rock’s street cred. He appreciated that Shamrock accepted to work with the inexperienced youngster. The Rock is grateful to Shamrock for helping him learn the business.

After Matt Striker presented the Hall of Fame award, Shamrock thanked Nelson Royal for molding him as a professional wrestler, Vince McMahon for the WWE opportunity, Bret Hart for character advice to just be himself, The Rock for helping sharpen his skills, his family for having patience to deal with all the time away from home, and the fans for their support.

The ceremony on the Countdown to Glory pre-show can be viewed for free on Fite TV.