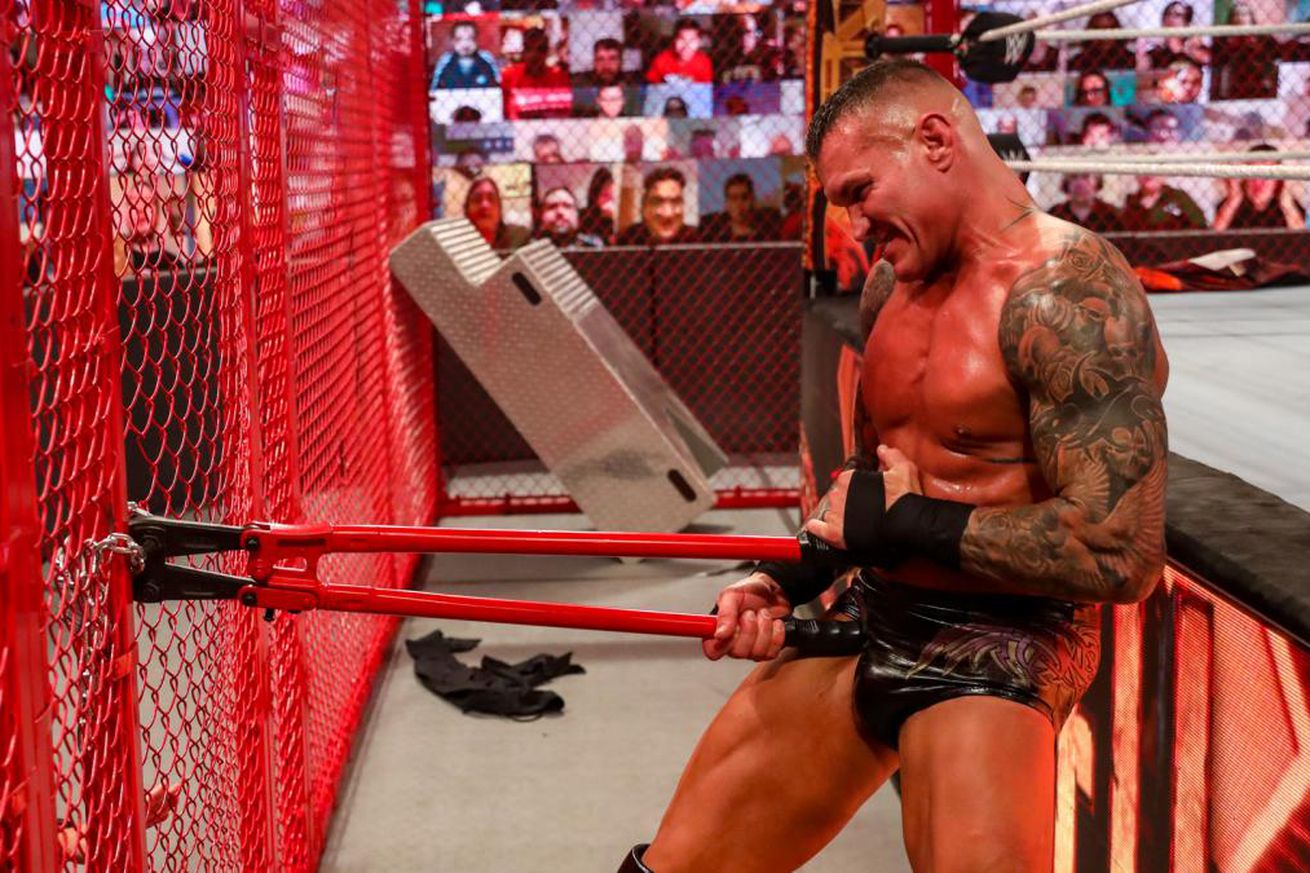 The main card of this pay-per-view (PPV) lasted 2 hours, 57 minutes, and 24 seconds (2h 57m 24s). Here is a sorted list of the bell-to-bell times for the six matches that took place during this event:

The match time for McIntyre vs. Orton does not include the 2+ minute brawl that occurred outside the cell before the bell rang to officially begin the match.

The disparity in match times make it very clear that this was a three match card. On the one hand, having three HIAC matches on one card with an average time of 28m 43s doesn’t seem ideal. But when the best idea that WWE can come up with for an additional match is Lashley vs. SLAPJACK, that pretty much rules out swapping the excess cell time for more inconsequential filler matches. The alternative, of course, would be to plan ahead better so that there isn’t an incomplete card on the morning of the show that will require three of the matches to run extra long.

Are you surprised by any of these results, Cagesiders? Which of these matches received less (or more) time than you hoped for?