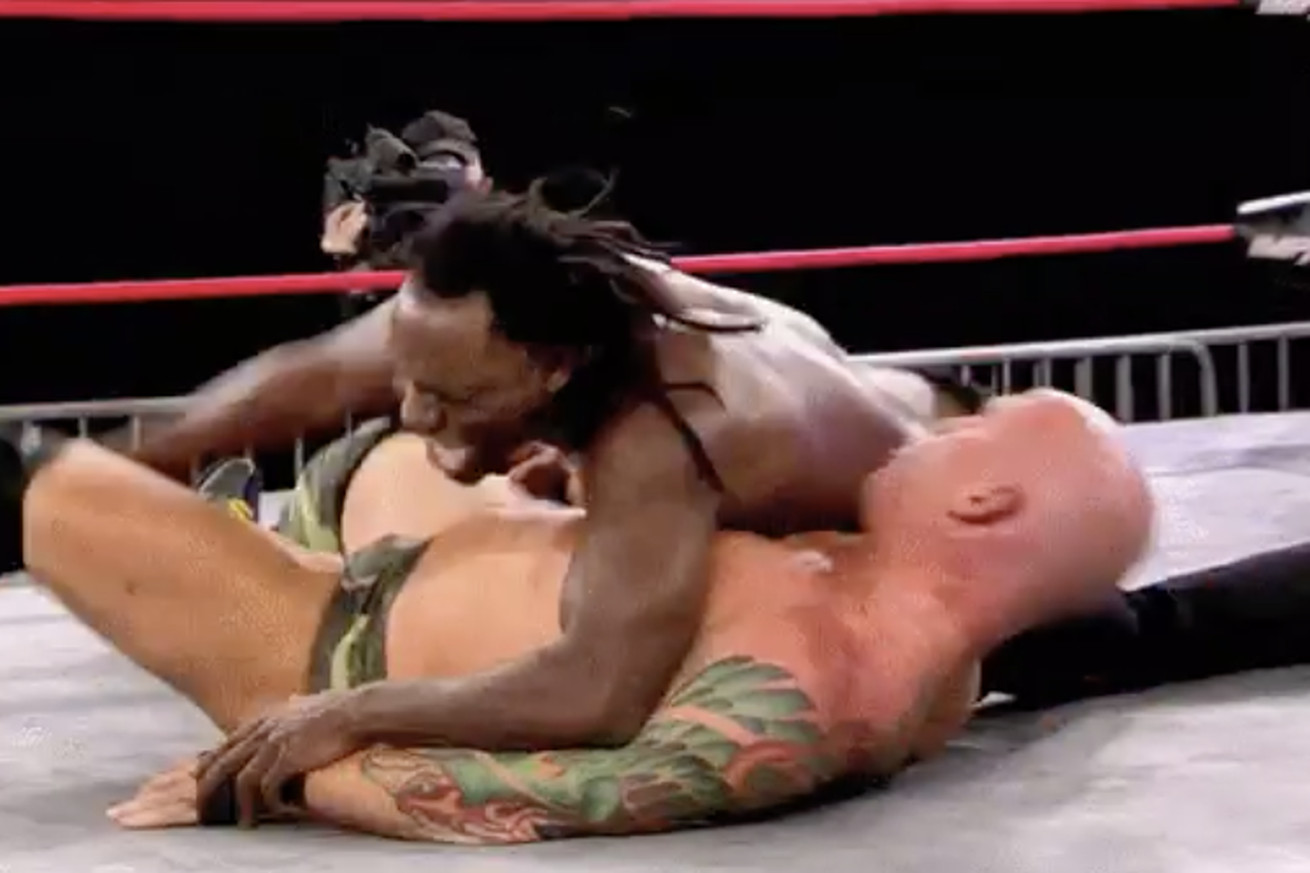 Rich Swann was on the top of the world after winning the Impact World Championship from Eric Young at Bound for Glory. Young tried to send Swann crashing down in an impromptu rematch, but Swann was too slick and kept his new gold.

Impact Wrestling (Oct. 27, 2020) opened with Young attacking Swann backstage. They brawled in the ring until security and EVP Scott D’Amore broke it up. Young demanded an instant rematch with Swann, who had taken the worst of the skirmish. D’Amore scoffed at that idea, but Swann overruled him and accepted the fight. Ring the bell!

The contest was quick at under four minutes. Swann wrestled barefoot and in dress pants. Young charged back to the ring to put Swann down. Young took flight but missed a diving splash. Swann used his fancy feet to take charge with kicks and a flipping leg drop. Young kicked out on the pin.

Swann unloaded another kick to the face then executed a rolling frog splash. Young kicked out again. Young caught a leaping Swann to counter with a powerbomb.

Swann stayed alive with evasive flips. He struck with a handspring cutter and a Phoenix splash for victory.

That was a wild way to open the show after a big PPV. Swann is definitively solidified as champ, while Young should be moving to the back of the line.

Do you like the quick rematch to get it out of the way? Or would you have preferred Young getting a proper full-length fight? Who do you want to see Swann feud with next?