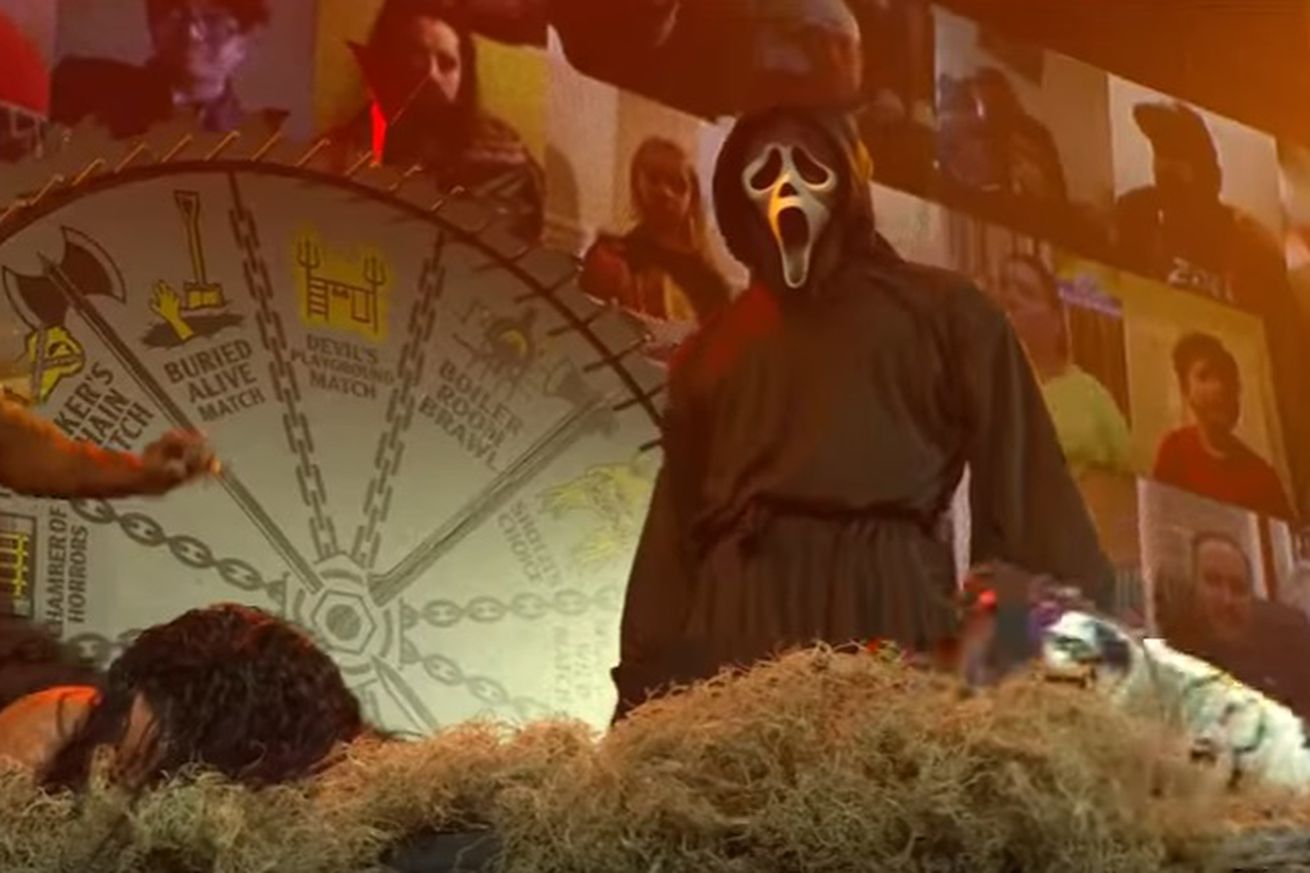 Last night’s (Oct. 28) Halloween Havoc episode of NXT included some attacks from a mystery person (or people?) in a Scream mask. This person’s identity was not revealed on the show.

There’s a reason for that, according to Dave Meltzer on Wrestling Observer Radio. It’s because the person who was planned for that role is in quarantine due to WWE’s latest outbreak of COVID-19:

The only name that I know that was booked on the show tonight that wasn’t there was Indi Hartwell…The person in the scream mask that helped Candice LeRae was supposed to be Indi Hartwell, and may end up being called Indi Hartwell because she never unmasked. The idea was for her to unmask as Indi Hartwell. But she wasn’t there, it was somebody else under the [mask].

So she was quarantined, and there may have been one other. I was told that most of the people who quarantined, but not all, were people who had not made television…the ones who have not been in the system very long and were doing the training on Friday.”

It remains to be seen whether or not the plan will be to stick with Hartwell as the mystery attacker, or if plans will change. Let us know in the comments below where you expect this angle is going.