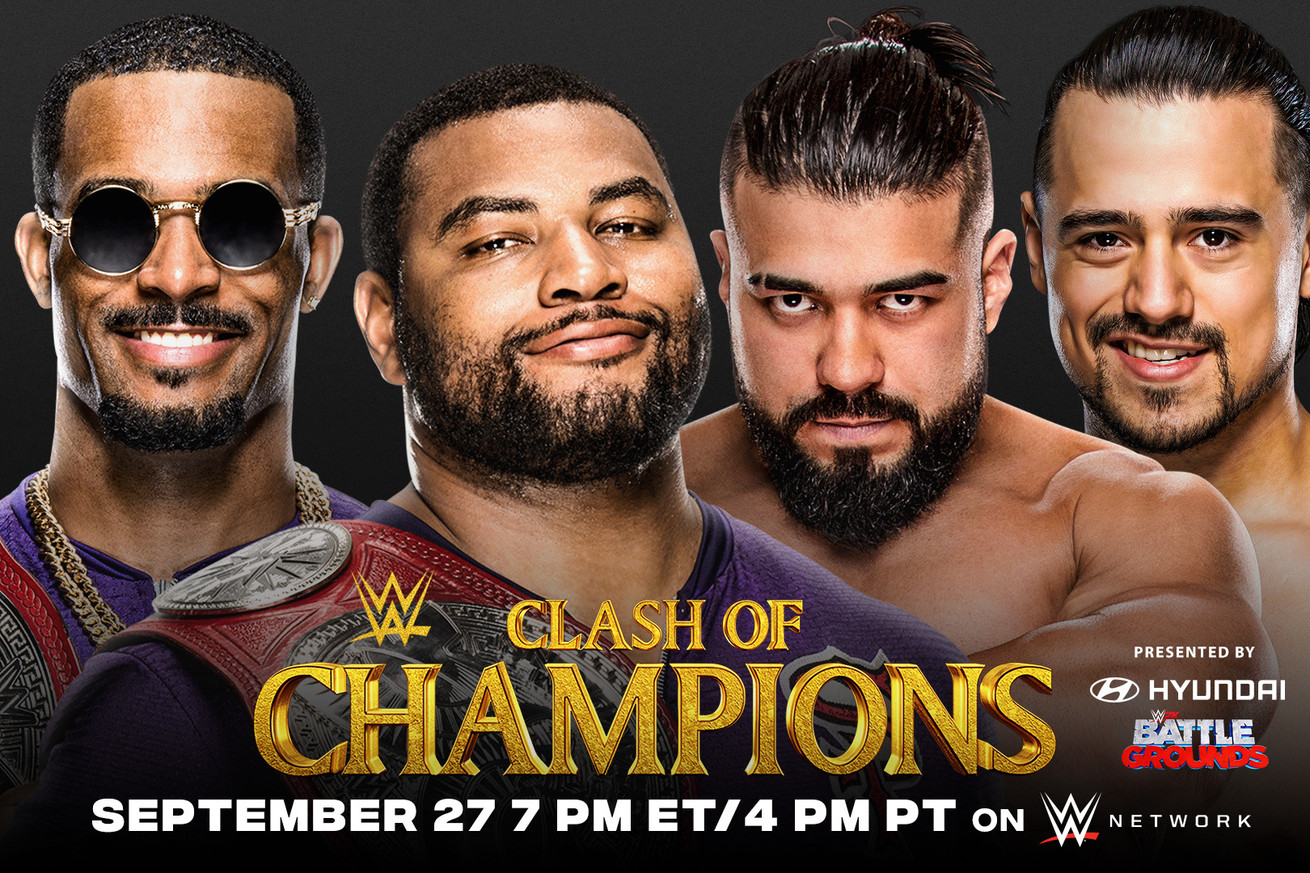 Almost makes you miss the ‘anything they can do we can do better’ challenge, doesn’t it?

A fresh match-up, this is not.

This latest showdown between Andrade & Angel Garza and Street Profits was set-up just this past Monday. Seth Rollins walked out on his partner Murphy, allowing Andrade & Garza to win the Triple Threat #1 contenders match for their latest chance to take the belts from Montez Ford & Angelo Dawkins.

It sets up a match at this weekend’s PPV. And if feels like you’ve seen this one before – you have. The two teams have squared off in five of the Profits last six matches. In fact, according to Cagematch, this is the ninth time this year Ford & Dawkins will find themselves in a match with Angel in the opposite corner.

That’s a lot! But if it feels like you’ve seen that happen even more often, it’s because of the ratio. Clash of Champions will only be Street Profits 29th match of 2020

If something’s different this time, it’s that Andrade & Garza are without the services of their business associate, Zelina Vega. She’ll be facing Asuka on the Kickoff. And even if she survives that, she’s had it with her guys’ issues.

Will it make a difference – for the outcome of the match or your enjoyment of it?

All four men are talented, entertaining performers. There’s no reason to think this won’t be a solid 10 – 15 minutes of action. But it’s hard to imagine it will stand out from hour-plus we’ve spent watching similar matches in the last few months.

Find out if they’ve got any surprises in store for us Sunday night in the ThunderDome, on WWE Network and right here at Cageside Seats.