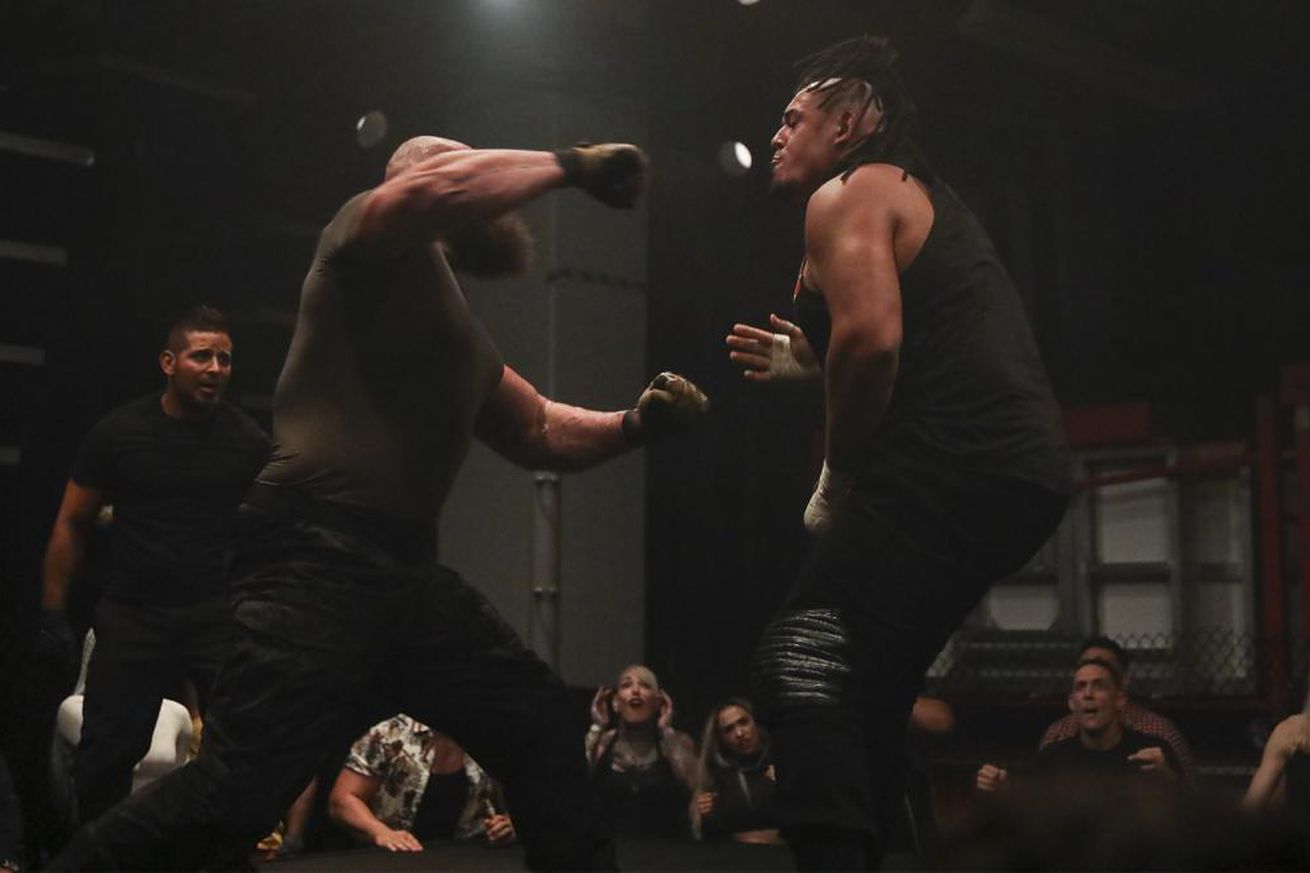 In this weekly series, we identify three Superstars (or groups of Superstars) who are on their way up, and three that are moving in the opposite direction. After a busy week that included another Keith Lee match ending in disqualification, paternity confusion for the Mysterio family revisited, and Akira Tozawa being eaten by a shark, a lot of fortunes were changed.

Zelina Vega defeated Mickie James on Raw this week (Sept. 21) to earn a women’s championship match against Asuka. That the championship match will take place on the Clash of Champions pre-show doesn’t bode well for Vega’s chances, but she’s in a better spot now than she was managing a dysfunctional tag team that lost more often than not.

WWE added a new twist to Alexa Bliss’ current angle where she is possessed by The Fiend, and the death stare that she gave Roman Reigns on the way out of her match was a great bit of foreshadowing.

Roman Reigns’ story with Jey Uso has been interesting all along, but Uso still needed to deliver a powerful promo to really drive home the point that he belongs in a main event championship match on pay-per-view. That’s exactly what he did on the go-home episode of SmackDown with his terrific “Which one are you?” promo.

WWE’s patented 50/50 booking was in full effect when Matt Riddle lost a match against King Corbin on this week’s (Sept. 25) episode of SmackDown, giving Corbin his win back from their match at Payback. Corbin dominated most of the Payback match, kicked Riddle’s ass afterwards, and also introduced Riddle’s infidelity into kayfabe. So when you combine all of that with Riddle’s loss on SmackDown, the Original Bro comes out of this in a worse position than he was in last month.

Dabba-Kato and Arturo Ruas have been highlighted as new stars to keep an eye on during past editions of Raw Underground. But things did not go their way this week inside Shane McMahon’s underground fight club. Ruas was put to sleep by Dolph Ziggler, and Dabba-Kato was quickly knocked out by Braun Strowman. It’s not clear why anything on Raw Underground matters or where it’s heading, so maybe this is nothing, but it was still surprising to see two of Raw Underground’s new stars lose in the same episode.

The presentation of RETRIBUTION has been a colossal failure from the start, and WWE put the cherry on top this week by introducing some hilarious and awful names for the five main members. As soon as the commentators let us know about T-Bar, Mace, and Slapjack, their number one spot in the Stock Down side of the column for this week was pretty much sealed. They didn’t even win their first match on Raw.

T-Bar and his crew are trying their best to be clever and entertaining about it on Twitter, but it’s tough to see how that will translate into something on television that can meaningfully help this struggling gimmick.