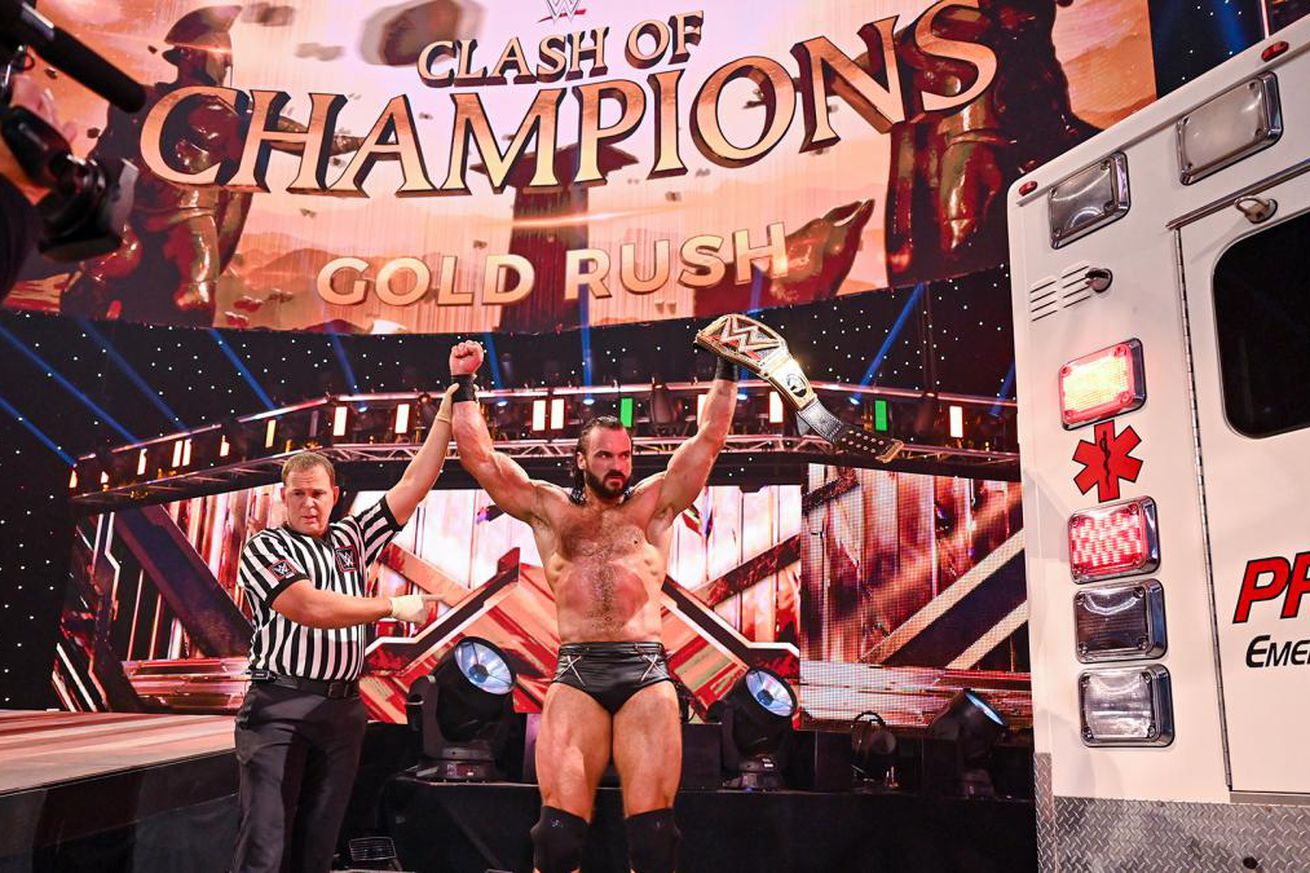 The main card of this pay-per-view (PPV) lasted 2 hours, 58 minutes, and 9 seconds (2h 58m 09s). Here is a sorted list of the bell-to-bell times for the seven matches that took place during this event:

Two matches were canceled on the day of the show; Bayley’s advertised match with Nikki Cross was canceled, as was Nia Jax & Shayna Baszler vs. the Riott Squad. As a result, Asuka’s match with Zelina Vega was moved from the pre-show onto the main card. During the show, Bayley then issued an open challenge, which was answered by Asuka.

Bayley’s match with Asuka ended in disqualification in less than four minutes. I guess WWE had the Sasha Banks post-match attack planned regardless of Bayley’s opponent, and the match itself didn’t matter to them.

On the other end of the spectrum, three of the matches on this show ran over 20 minutes. The general consensus among fans seems very positive for the stories that played out in the triple threat ladder match, Ambulance match, and Reigns versus Uso. Perhaps WWE gave some of these matches extra time to make up for the canceled matches (or in the case of the Street Profits, a match that ended early due to injury). Overall, WWE’s decisions on time allocation worked out well because these top three matches delivered.

Are you surprised by any of these results, Cagesiders? Which of these matches received less (or more) time than you hoped for?

Lars Sullivan is getting a big push, whether you like it or not