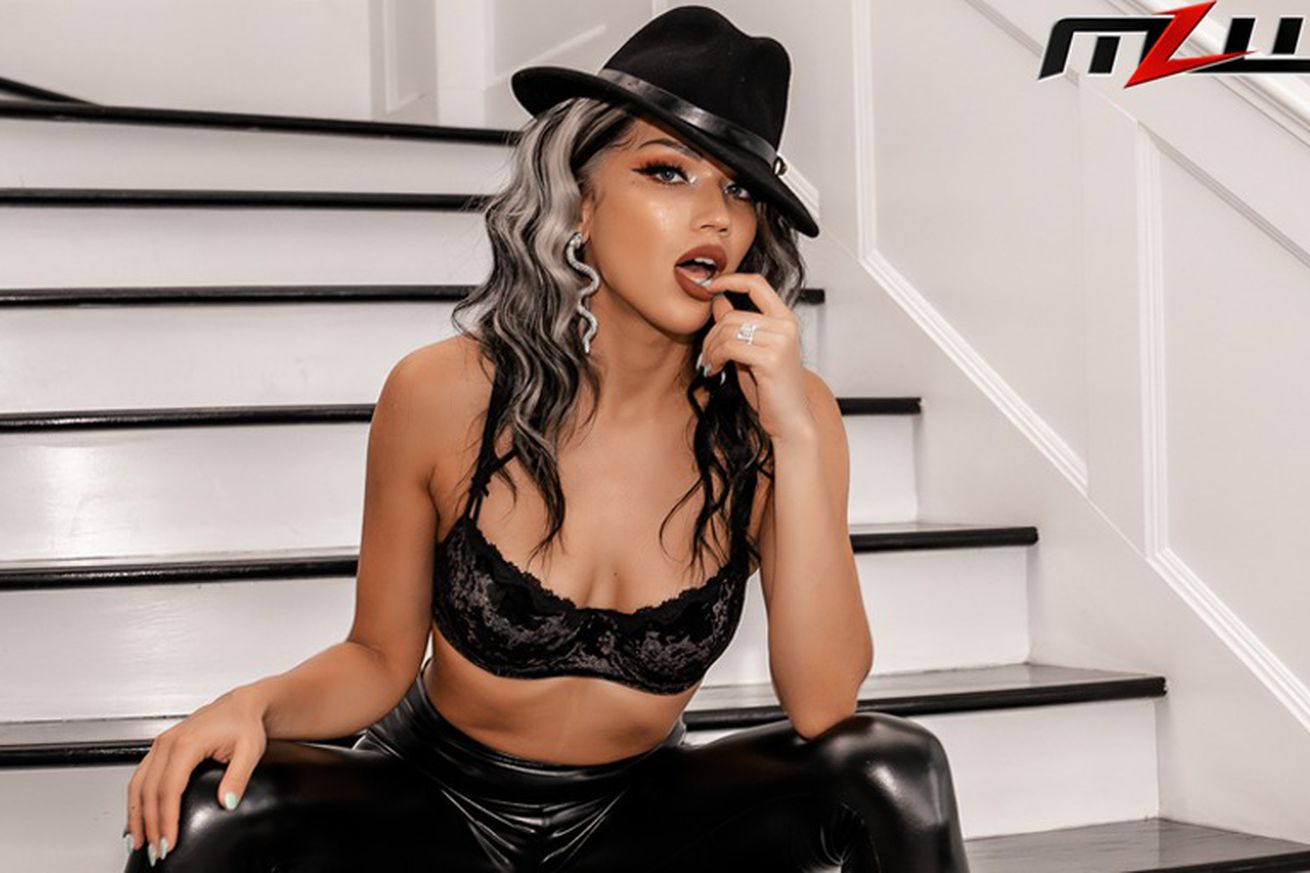 Let’s catch up on the week’s news in MLW and preview the latest episode of MLW Underground. Salina de la Renta was accused of working with Contra, and a very strange name in sports history will be participating in The Restart.

The biggest story this week in the MLW world was revealed during the latest episode of Pulp Fusion. Konnan dropped a major bombshell about Salina de la Renta’s trifling.

The format of Pulp Fusion is a quick cut montage of promos intermixed with each other. Let’s break it down.

Egads! I never suspected that Salina would be the culprit as Contra Unit’s hook into MLW operations. In hindsight, it makes a lot of sense. Josef Samael’s pitch so long ago was very convincing at the time. Salina now has more scoundrel heat than Contra. At least with Contra, I can respect their actions as a grab for power and money. With Salina, she’s just a straight rat. Nobody respects a rat. MLW definitely needs a female enforcer to drop by and stomp Salina to smithereens. I’m crossing my fingers that they can make a call to Thunder Rosa.

Salina brushed off the accusation in an exchange with Konnan. She doesn’t care what the old man has to say. Of course, it was expressed with spicy language. Salina did try to smooth things over with CEO Court Bauer.

I’m not a traitor Court. You of all people should know that business is business. Nothing personal. https://t.co/gyN7hVkCwE

That doesn’t sound like a denial of treachery. Her confidence makes me wonder if she has scandalous dirt on MLW.

Contra spokesman Josef Samael called it a fake story. Not that I would expect him to tell the truth about Contra’s scheming.

MLW is not taking this accusation lightly. They have opened an investigation to pursue all leads.

While the league’s investigation is in the preliminary stages, one league source indicates the business transactions were “on and off” over a two-year period with them at odds last fall when LA Park cashed in his golden ticket for a title shot at CONTRA’s kingpin and World Heavyweight Champion Jacob Fatu.

Did they patch things up in time to facilitate Salina enabling CONTRA to execute their attack on MLW and AAA May 9th at the Super Series in Tijuana? Konnan believes so.

MLW threatened to issue sanctions and fines. That’s soft, if you ask me. I’d stick her in the guillotine.

Do you believe Konnan’s accusation? What’s your take on the big reveal of Contra’s insider?

This week’s throwback show of MLW Underground revolves around “Dr. Death” Steve Williams. The Extreme Horsemen took out his partner, PJ Friedman, so Williams is bringing in D’Lo Brown to compete for tag team gold against Simon Diamond and CW Anderson.

Also teased in the preview for the show are Kenzo Suzuki, Sabu, and Los Maximos.

MLW’s weekly program (Fusion, Anthology, and Underground) streams on fubo Sports Network Wednesday nights at 7 pm ET and 10 pm ET, airs on beIN SPORTS Saturday nights at 10 pm ET, and is posted on YouTube Saturdays at 6:05 pm ET. You can also check out MLW streaming on DAZN. In addition, MLW is broadcast in over 20 countries.

Court Bauer provided a goofy teaser about The Restart.

Ok, ok… ONE teaser for @MLW #TheRestart: @alexhammerstone is so jacked he no longer fits in his ring jackets. Time to go the sleeveless jacket/tuxedo route. ⚡️

It sounds like Muscle Mountain has new peaks. After Medina’s rant in Pulp Fusion, I want to see what would happen if he steps up to Hammerstone. I imagine the result would be Hammer flattening his former associate into a pancake, like in the cartoons.

Last up is a very interesting story spoiler. Justin Barrasso of Sports Illustrated reported that a very unusual name will be making an appearance at The Restart. In my opinion, it would be a cool surprise on TV if you know who the man is. Proceed at your own risk.

Remember the name Tim Donaghy? He was the disgraced NBA referee convicted of fixing games. Donaghy will be working with MLW in a storyline as referee for Richard Holliday. Credit for the idea to bring in Donaghy goes to MLW COO Jared St. Laurent. Be sure to check out the full story for quotes from Donaghy.

That idea sounds hilarious. I can’t wait to see how Holliday stacks the deck in his favor. He must have learned a thing or two from his visits to Mexico. Those referees were all about the home cooking advantage.