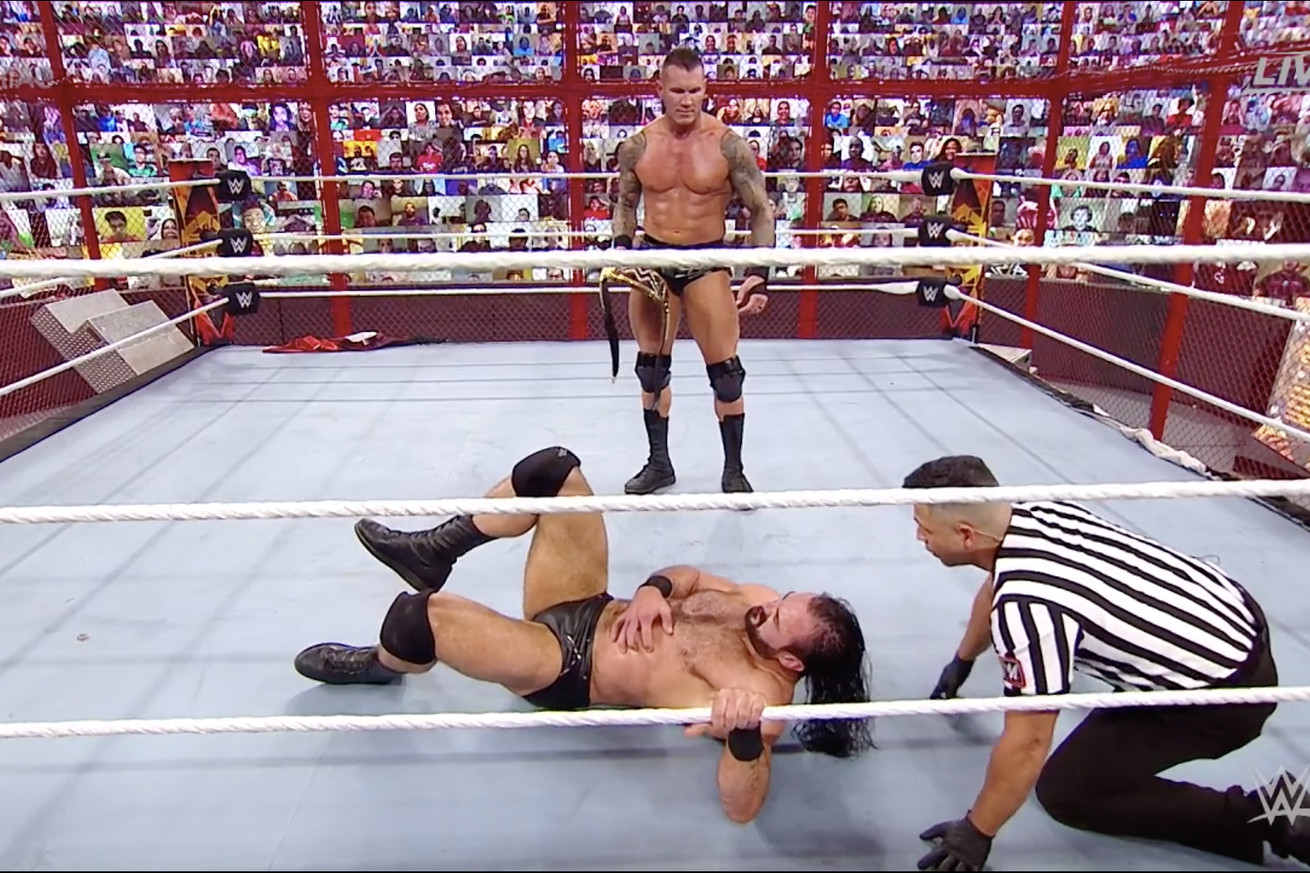 Although there was hardly any justification for his getting yet another shot at the WWE championship, Randy Orton, after losing at three pay-per-view events in a row, headlined the latest Network special, Hell in a Cell, in pursuit of that same title. Drew McIntyre, the champion, was partaking in his very first Hell in a Cell match.

So, definitely a title change, right?

McIntyre was a champ about the match, notably taking this bump:

It’s just unfortunate the production managed to miss this as it happened live, and had to show better angles on replays later on.

That was the story of the match, that McIntyre took a beating and kept coming, like a true champion, but ultimately he fell to an RKO, with Orton finally making true his promise to win the WWE championship before this whole feud was said and done.

Hey, is Edge healthy yet?

Get complete Hell in a Cell results and coverage of the entire card right here.