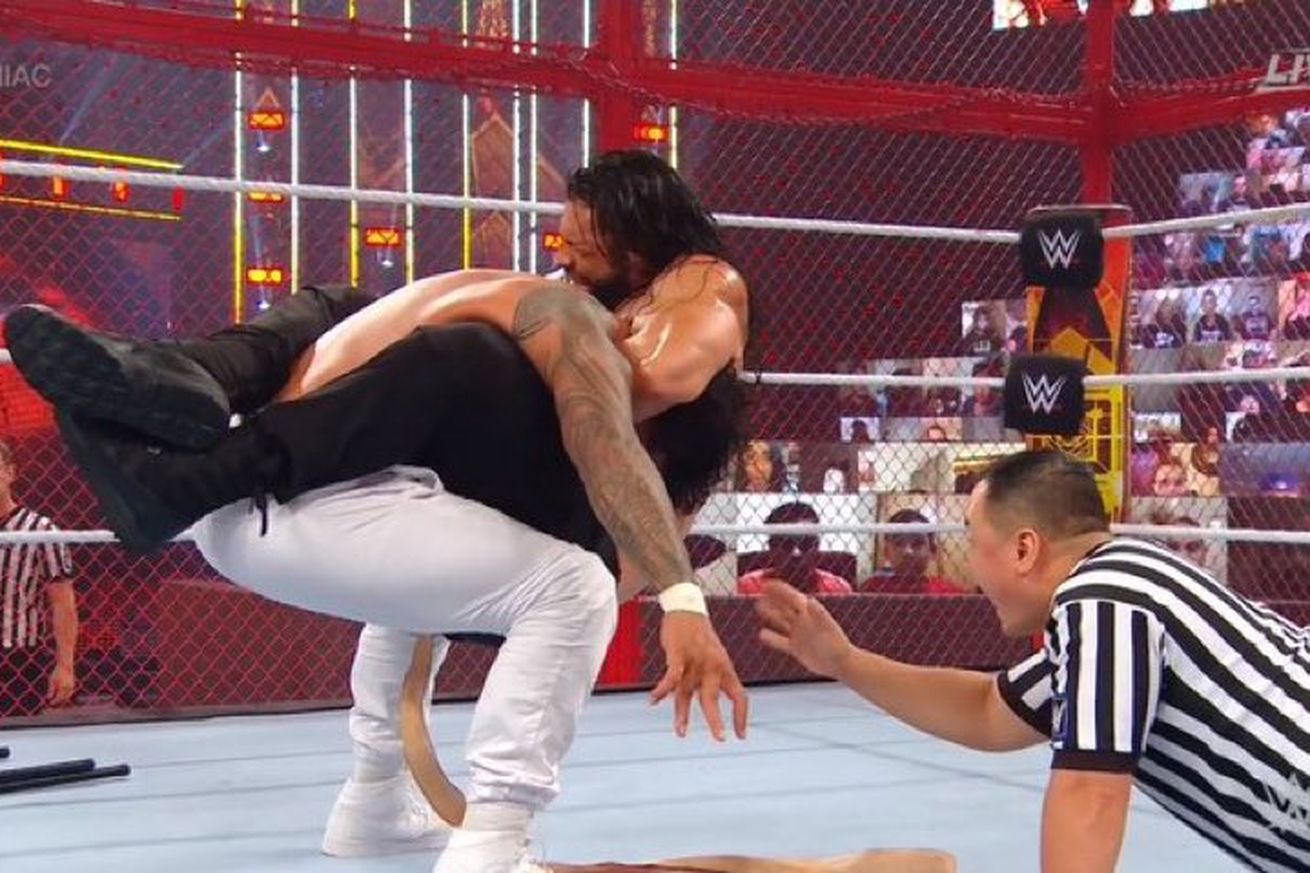 WWE has put a bow tie around its Hell in a Cell pay-per-view (PPV) from the ThunderDome (aka Orlando’s Amway Center), as the promotion wrapped up the show tonight (Sun., Oct. 27, 2020) with Randy Orton RKO-ing his way to a win over Drew McIntyre & his 14th WWE World title.

Was it the best match on the card?

For complete results and the live blog from the show click here, but in the meantime, vote in our poll below on what you felt deserves “Match of the Night” honors. Be sure to discuss your choice in the comments section as well!