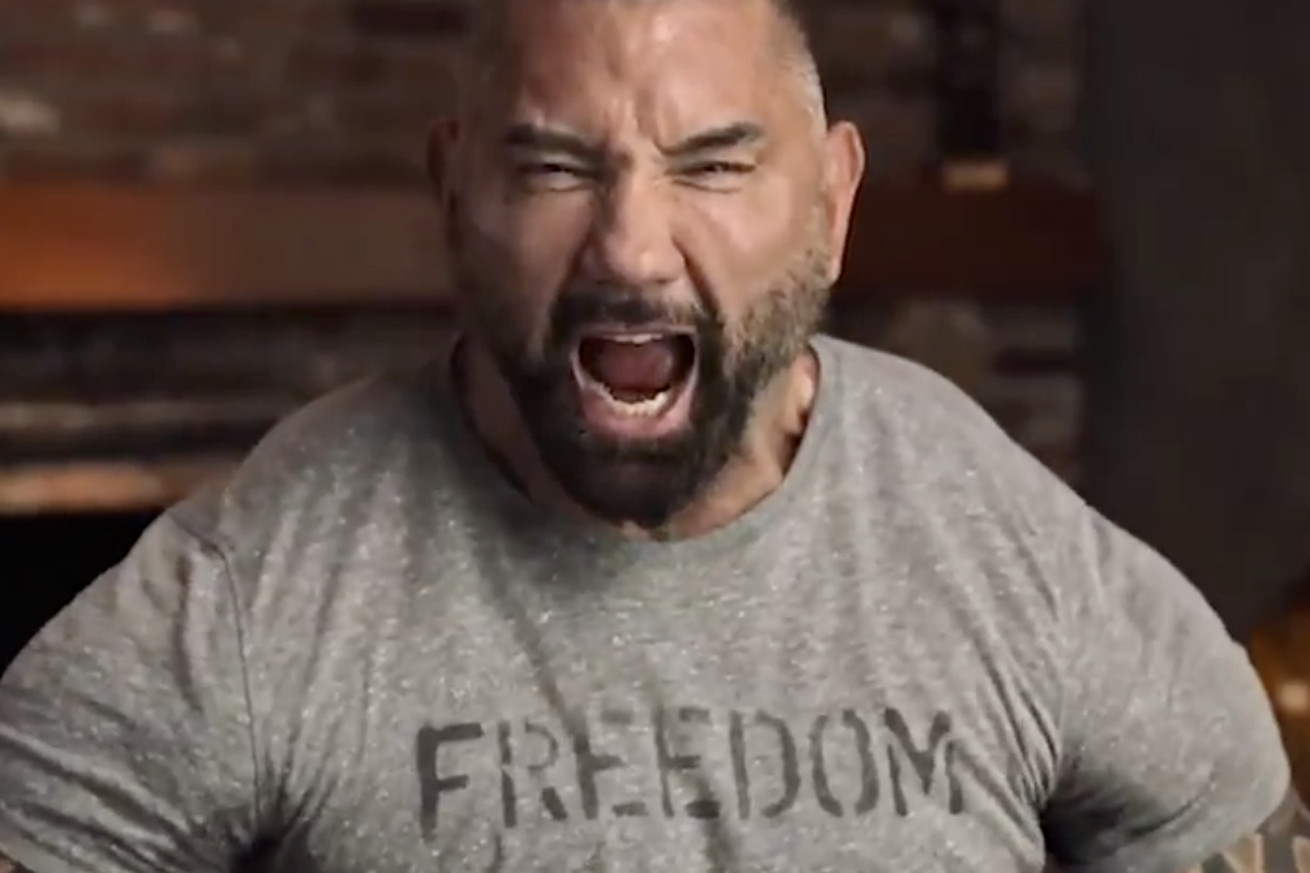 If you’ve followed Dave Bautista’s career, you know the pro wrestler-turned-actor can deliver a compelling argument in a passionate speech. If you follow Dave Bautista on social media, you know exactly what side of the 2020 Presidential race he’s on.

This then isn’t surprising. It’s still, at least in this writer’s humble opinion, very good…

We don’t need a bully with lies and empty promises. We need a tough American Public Servant with a plan. #BidenHarris2020 #vote #VoteBlueToEndThisNightmare #VoteThemAllOut pic.twitter.com/DJ8AxopqAC

“When you talk about the difference of being tough, and someone who portrays himself as a tough guy – it’s easy to lie to people. It’s easy to bully people. That does not make you a tough guy.

“This country, more than anything right now, needs someone who is going to have a plan so we can get back on track. A leader is someone who can unite people, who takes responsibility. That’s toughness. That is Joe Biden. The guy who is respected, who can talk to people, who can work out disputes. The guy who can be a leader is stepping back into this fight for Americans. It’s that simple. That is the guy we need running this country.”

Dave doesn’t walk alone into this pit of danger. Join him (and The Rock, and the many in the wrestling community on both sides of the aisle) between now and next Tuesday and VOTE.