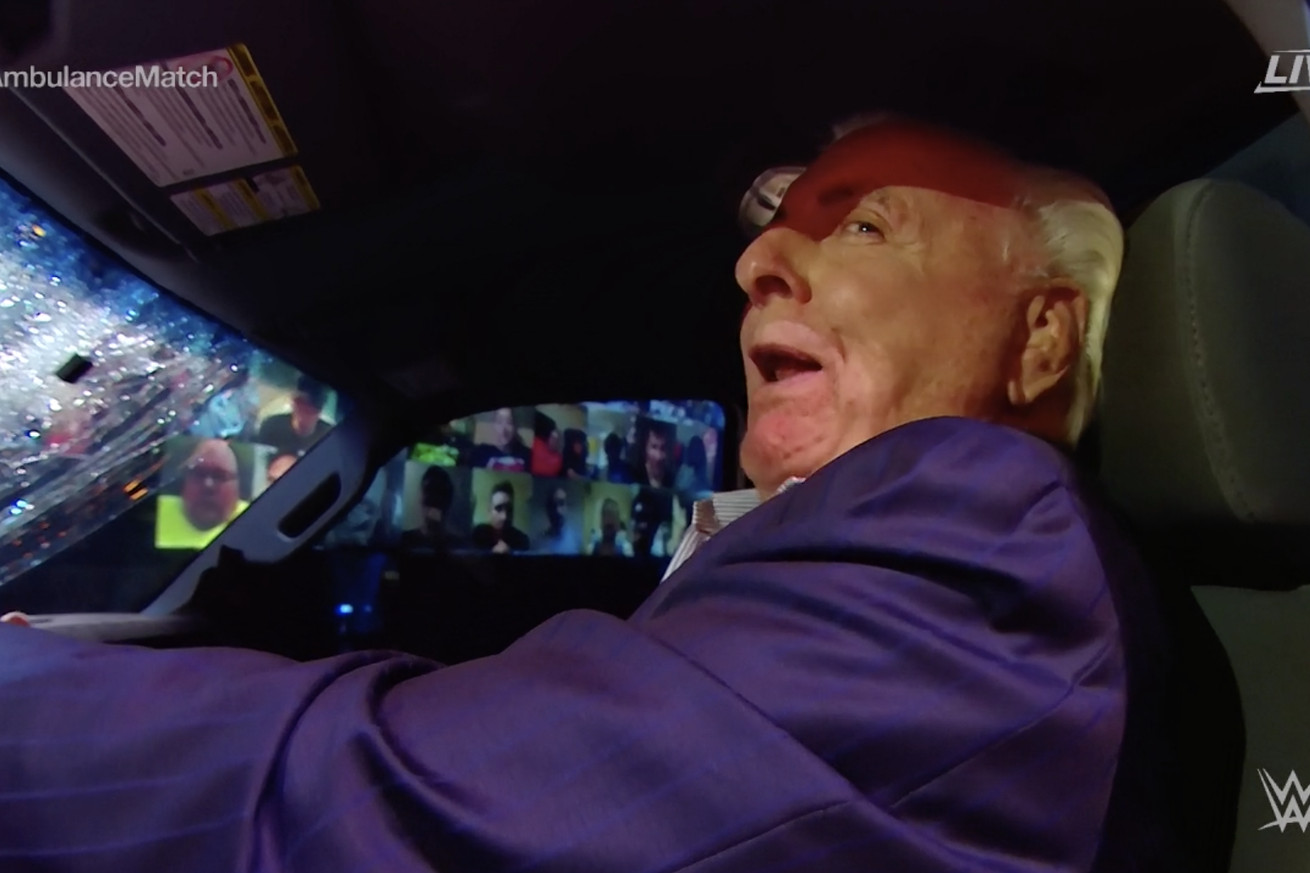 If you thought an Ambulance match for the WWE championship was serious enough to headline a pay-per-view, you thought wrong, bucko.

Instead, Randy Orton challenging Drew McIntyre for his title in that exact gimmick match was given co-headlining status at tonight’s (Sun., Sept. 27, 2020) Clash of Champions event at the Amway Center in Orlando, Florida.

But who cares about all that? It was a lot of fun!

Big Show returned out of nowhere to choke slam Orton through a table. Later, Christian popped out of nowhere backstage and got his licks in on “The Viper.” McIntyre broke the driver’s side door of the ambulance off with a Claymore. A back body drop shattered the windshield. Shawn Michaels got in on the Legend Revenge Tour with Sweet Chin Music on top of the ambulance.

That was the theme there, of course. And it played all the way out to the end, with McIntyre putting Orton in the back of the Ambulance, giving him a punt to the head for good measure, and then slamming the door to retain the WWE championship.

For even better measure: Ric Flair showed up to drive Orton off.

When is that draft again?