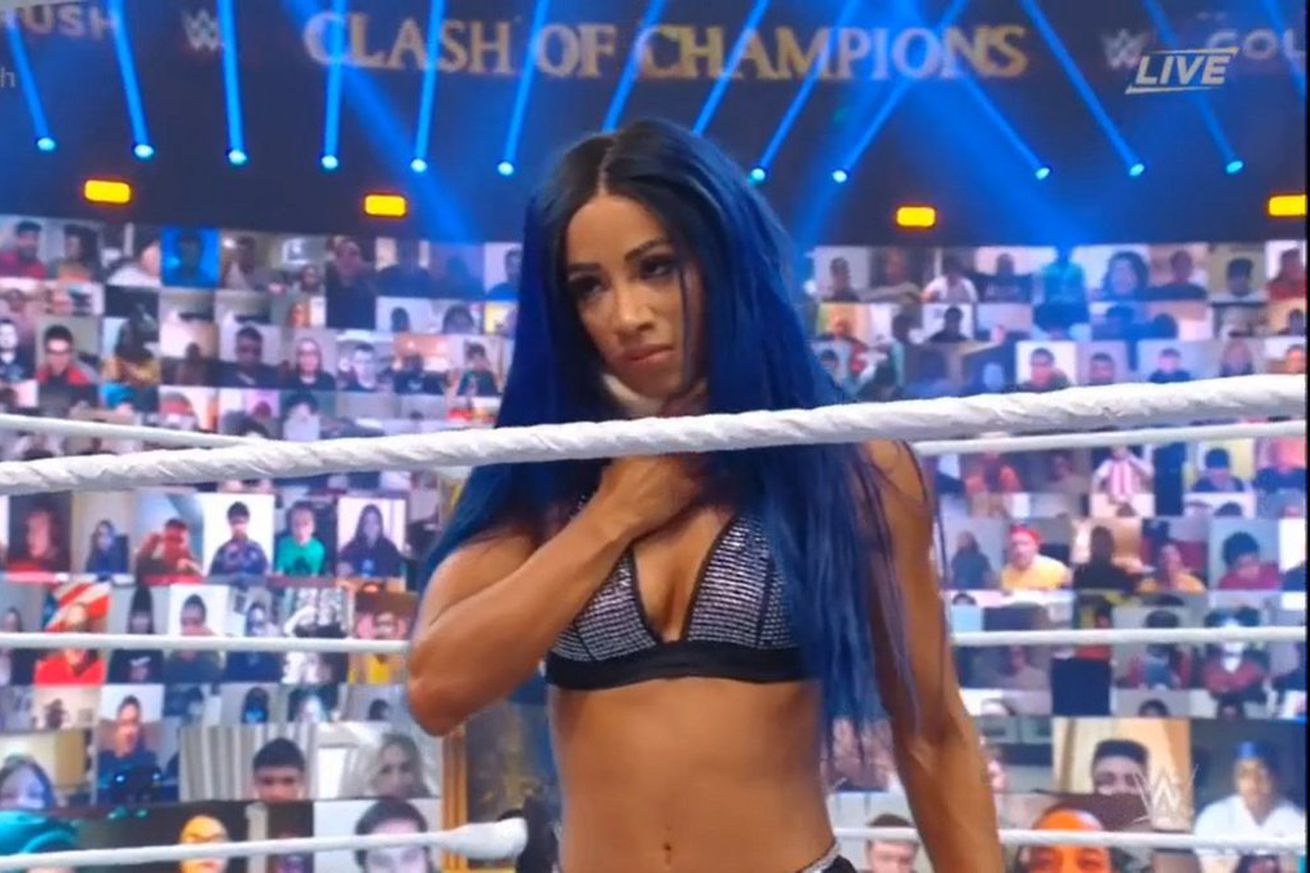 Nikki Cross wasn’t cleared for Clash of Champions on Sun., Sept. 27. Instead, we got a true clash of champions when Asuka answered an open challenge from SmackDown Women’s titleholder Bayley.

It wasn’t much of a match. As soon as Bayley found herself in trouble, she used her signature chair to trigger the disqualification.

Why would WWE even do the match then, you ask? So they could get this moment…

Sasha Banks hasn’t been seen since Bayley betrayed and injured her, then got the better of her again thanks to a sneak attack two weeks ago. The Boss’ return looked like it would end in disaster, but the Role Model took too much time retrieving a kendo stick and talking trash. Sasha kicked her in the knee and got the upper hand.

Bayley managed to scurry away before taking too much damage, but was clearly shaken by the early return from her former friend.

Hell in a Cell is next month. We’re just sayin’…

Renee to be joined by some big names on SmackDown kickoff