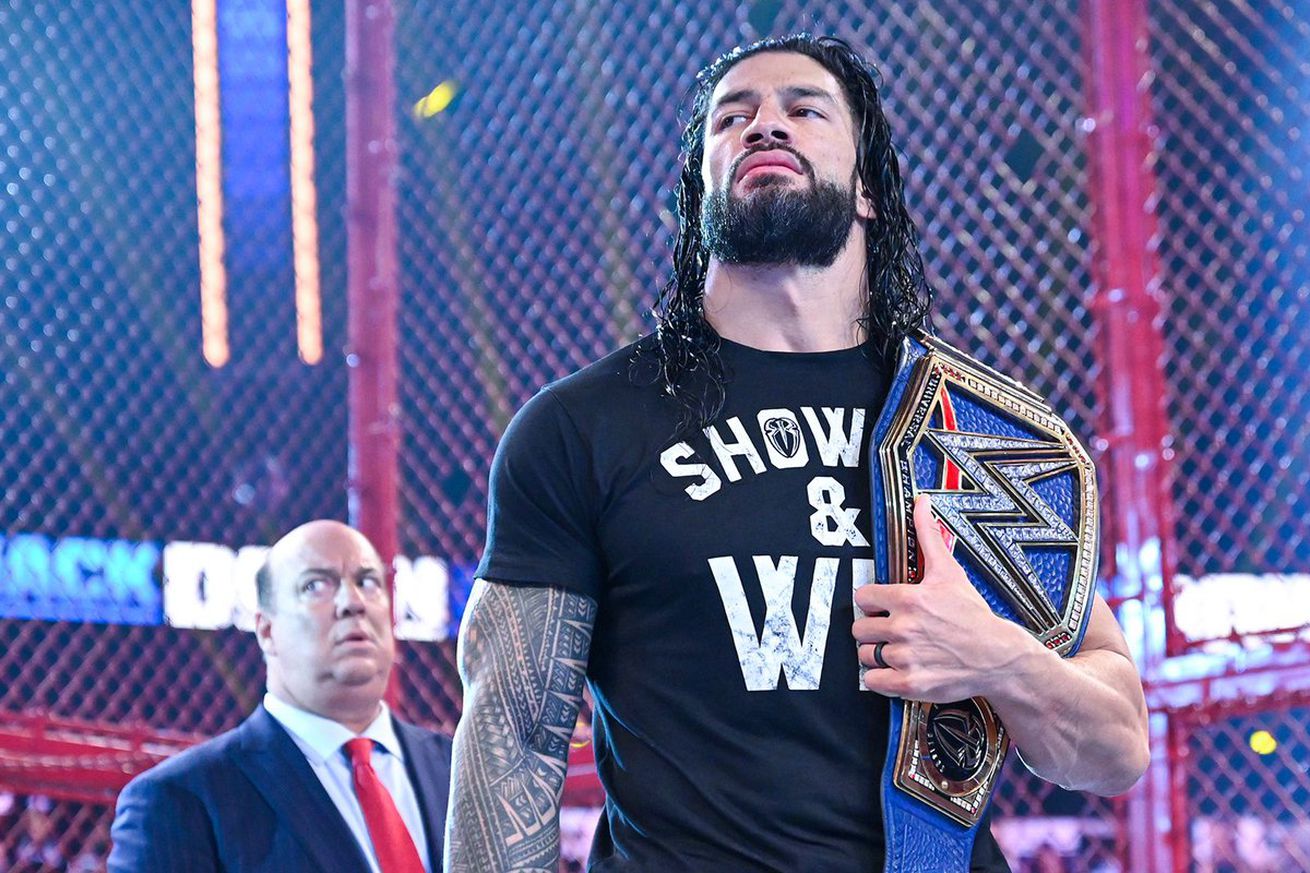 Roman Reigns has been telling all of us his second Universal title match with his cousin Jey Uso would have the highest stakes in WWE history. We already knew it would take place in Hell in a Cell, and be the first ever “I Quit” match to take place in the hellacious structure.

Then last night on SmackDown – the go home show for Sun., Oct. 25’s Hell in a Cell PPV – he laid out exactly what’s on the line for not only Jey, but his entire family.

‘The Tribal Chief’ @WWERomanReigns w/ @HeymanHustle said there would be consequences for Jey @WWEUsos at #HIAC and he wasn’t kidding. #SmackDown pic.twitter.com/0xvBlbUk1L

“If you just can’t? Then you’re out. And not just you. You brought your brother with you – he’s out too. Your wives, your children, your children’s children are all out of the family. We will all turn our backs on you.

“Those are your consequences.”

That’s cold (I keep thinking of Jey’s oldest son, the one who calls Roman “Uncle Ooh-Ahh”… him too, Uce? Damn). It’s also awesome.

And, it would seem to pave the road to a Bloodline stable, with Jey & Jimmy backing Reigns’ power plays. Will they reluctantly back their Tribal Chief, or buy in? Or will they tell him to stick it and end up…

Join us tomorrow night and we’ll find out together.