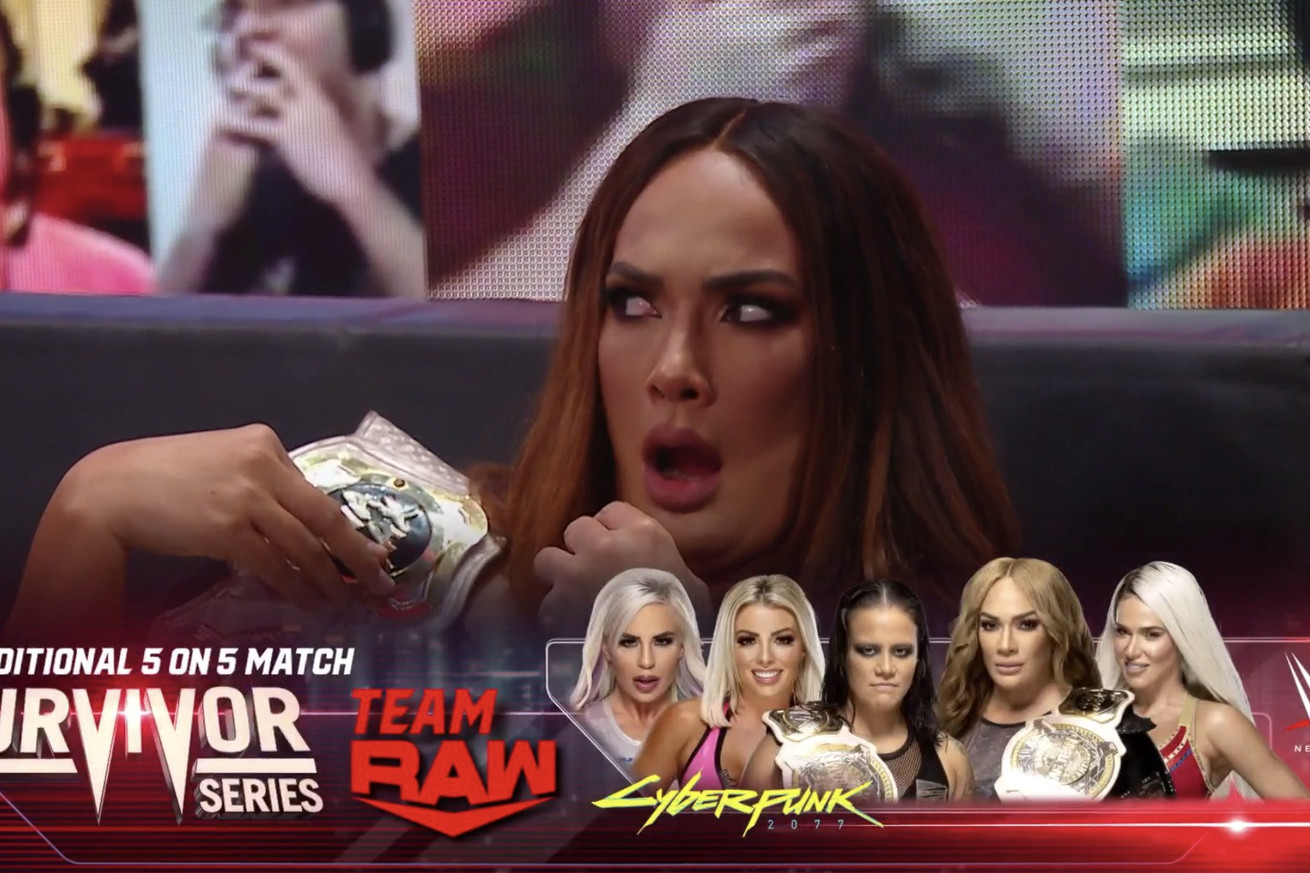 While three members of the men’s team had to wrestle to earn a spot, the women’s Raw Survivor Series team was decided upon by simply revealing four members and having a Fatal 4-Way to determine the fifth.

Women’s Tag Team Champions Nia Jax and Shayna Baszler were chosen, and promptly argued over who the team captain would be. Mandy Rose and Dana Brooke were then included, seeing as they have never lost as a team, even though they’ve been a team for all of 10 minutes.

The Fatal 4-Way to determine the fifth member saw Lana pull off yet another unexpected victory by defeating Nikki Cross, Peyton Royce, and Lacey Evans. She was embraced by Jax after, seemingly in a show of good faith, but it was all a ploy and she was put through a table once again.

The Raw women’s team is set, and now we await the announcement of the SmackDown women’s team.