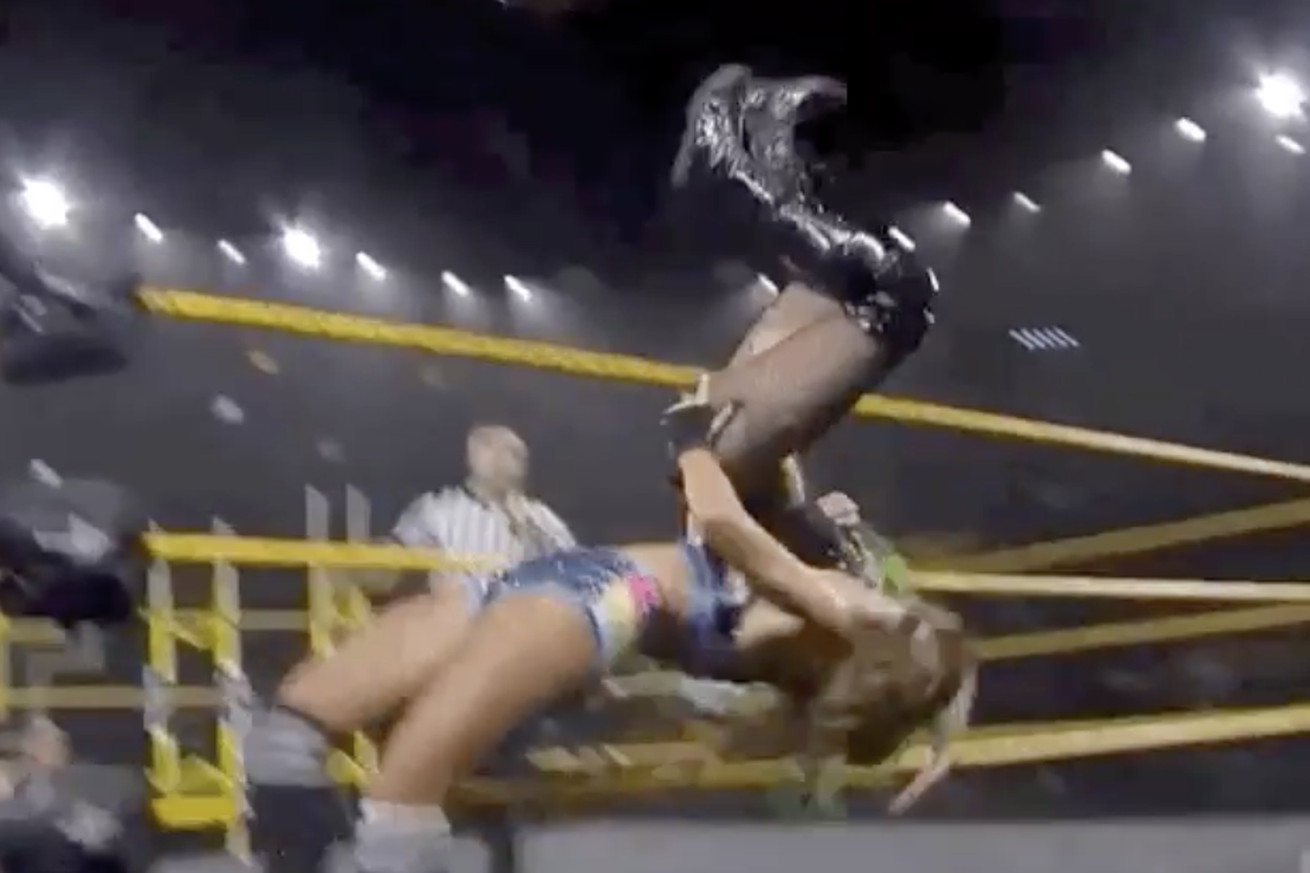 NXT opened the show tonight with a bout between Shotzi Blackheart and Dakota Kai.

It was a good bout between the fast rising Blackheart and Kai, who is trying to reestablish herself in the division.

The story was about Dakota’s bodyguard Raquel González trying to assist the Kiwi but being neutralized by Rhea Ripley, who’s got a feud with González brewing. It led to the end of the match when Kai was rolled up by Blackheart after the distraction caused by Ripley.

But right before all that, Shotzi took a really ugly looking bump on the apron, which felt like it overshadowed the story that came after.

Why does Shotzi want to kill herself? pic.twitter.com/eVdxTFQQza

That’s a dangerous looking landing, and it definitely looked like the first body part of Shotzi to land was her head. She and Kai were down on the floor for awhile, but we don’t know if that was just regular selling or the referee wanted to take more time to make sure she was OK.

This was taped last week so we’d may have already heard if there was some immediate damage from that. We’ll see if she lands on NXT’s sometimes kayfabe injury report.

Be careful out there on that apron!

You can find the results from tonight’s episode at the live blog here.

MLW announced their restart date in the most awesome way possible